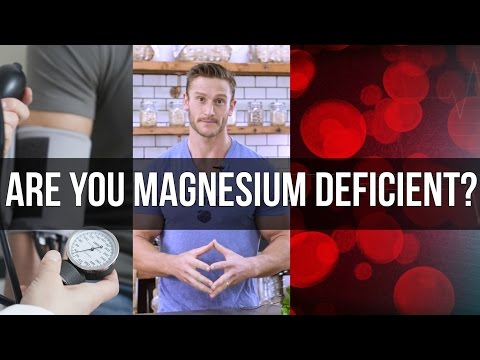 Magnesium is an essential mineral that we must get from our diets.

Roughly 75% of people in the US do not consume the RDA of magnesium.

Magnesium deficiency is caused by:
● Insufficient magnesium intake
● Increased loss of magnesium
○ Foods we consume can interfere with our magnesium absorption, such as alcohol, caffeine and soda.
○ Some drugs can also exacerbate this problem
○ Certain medical conditions can add to this as well, including diarrhea, diabetes and pancreatitis.

Magnesium balance is accomplished mostly by the kidneys – excess magnesium is excreted through urine.

Using both RBC and a clinical questionnaire may be the best way to determine functional magnesium levels.

To improve magnesium status, scientists want to work on improving not only magnesium consumption, but absorption and assimilation.

Ice Bath or Sauna? When to Use Each