This Post Was All About Low Carb Diets: Are They Dangerous? Scientific Studies- Thomas DeLauer. 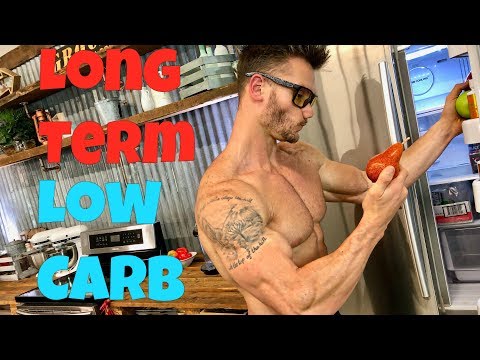 Subscribe for 3x Videos Per Week here:
Get Your Bone Broth HERE:

3 month studies conducted:
Study – Diabetic Medicine, 2006-
102 patients with Type 2 diabetes were randomized to a low-carb or a low-fat diet for 3 months – The low-carb group lost 7.8 lbs, while the low-fat group lost only 2 lbs (1)

Study – Diabetic Medicine, 2007-
3 diabetic and 13 non-diabetic individuals were randomized to a low-carb diet or a low-fat diet for 3 months – The low-carb group lost 15.2 lbs compared to 4.6 lbs in the low-fat group (2)

Study – Journal of Endocrinology and Metabolism, 2003-
53 healthy but obese females were randomized to either a low-fat diet, or a low-carb diet. Low-fat group was calorie restricted. The study went on for 6 months. The women in the low-carb group lost an average of 8.5 kg (18.7 lbs), while the low-fat group lost an average of 3.9 kg (8.6 lbs) Whilst HDL improved slightly in both groups, there was a significant reductions in blood triglycerides in the low carb group. The study concluded: A very low carbohydrate diet is more effective than a low fat diet for short-term weight loss and, over 6 months, is not associated with deleterious effects on important cardiovascular risk factors (4)

12 Month Studies:
Study – Journal of the American Medical Association, 2007-
311 overweight/obese premenopausal women were randomized to 4 diets: a low-c arb diet and then 3 low-fat diets for 12 months. At the end of the 12 months the low-carb diet lost, on average, 5lbs more than the 3 low-fat groups (not combined, but in comparison to each one, individually) The low-carb group also had the greatest improvements in blood pressure, triglycerides and HDL (5)
Study – American Journal of Clinical Nutrition, 2009-
118 individuals with abdominal obesity were randomized to a low-carb or a low-fat diet for 12 months – The low-carb group lost 14.5 kg (32 lbs), while the low-fat group lost 11.5 kg (25.3 lbs)
The low-carb group had greater decreases in triglycerides and greater increases in both HDL and LDL cholesterol, compared to the low-fat group. (6)

2) A low-carbohydrate diet is more effective in reducing body weight than healthy eating in both diabetic and non-diabetic subjects. – PubMed – NCBI. (n.d.). Retrieved from

3) A low-carbohydrate as compared with a low-fat diet in severe obesity. – PubMed – NCBI. (n.d.). Retrieved from

5) Comparison of the Atkins, Zone, Ornish, and LEARN diets for change in weight and related risk factors among overweight premenopausal women: the A T… – PubMed – NCBI. (n.d.). Retrieved from

7) Weight and Metabolic Outcomes After 2 Years on a Low-Carbohydrate Versus Low-Fat Diet. (n.d.). Retrieved from /

Intermittent Fasting: Increase the Power of Your Fast with These 4 Drinks- Thomas DeLauer

Why Use MCT Oil in Your Coffee?

Quest Protein Chips | GET IT or FORGET IT ep.1 Scroll to top