This Post Was All About Lose the Dad Bod in 8 Easy Steps (love handles + skinny fat). 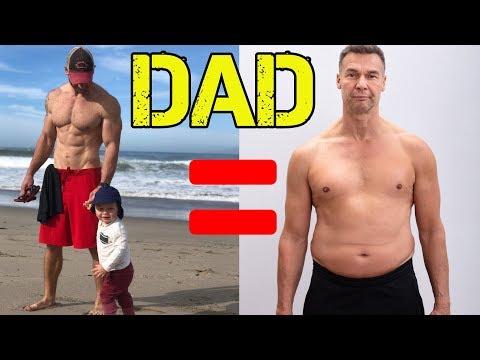 1) Fasting When in Doubt

Snacking every now and then, or not having time for a proper meal, puts your body into an absorptive state for no reason, other than to hinder weight loss – going without at least forces your body to tap into its stored energy

So fasting blocks the synaptic activity of neurons that normally occurs in the brain, which essentially means that the brain slows down

2) Bring Snacks that Your Kid will Eat Too

Parents should expect their kids to reject new foods at first – it’s an inbuilt, evolutionary response to something that’s new (called neophobia)

But if you expose kids enough times to different flavors – including sour, bitter and even spicy ones, but don’t force it – they typically will learn to eat a lot of new things

Babies are born predisposed to learn to eat the diets of what their parents, and people around them, are eating (think of animals feeding their newborns)

4) Accept the Fact You will lack sleep, which adds cravings

Aside from increasing ghrelin & leptin, a study from the Journal of Neuroscience found that lack of sleep causes the downregulation of dopamine receptors in the ventral striatum in the human brain

Dopamine has one of the strongest links to cravings, and if your dopamine levels are out of whack, your ability to control cravings will be hindered – the brain is hardwired to seek out behaviors that release dopamine in the reward system

A study published in t, led by Harvard-affiliated researchers found that meditation-produced changes over time in the brain’s gray matter

They found differences in brain volume after eight weeks in five different regions in the brains of the two groups – in the group that learned meditation, they found thickening in four regions:

– Posterior cingulate
– The left hippocampus
– The temporo parietal junction, or TPJ, which is associated with perspective taking, empathy and compassion
– The Pons

6) Don’t be Afraid of Caffeine

Helps stimulate nerve growth factor (NGF) production – NGF is a neuropeptide that helps maintain neurons, which are the cells responsible for helping your brain process and transmit information.

Promotes growth, maintenance, and survival of neurons and axons – it also helps repair myelin sheath, the coating around the axons

Study – The Journal of Clinical and Aesthetic Dermatology

The mean decrease in combined circumference reduction at six weeks was 5.4 inches, and most subjects (72.2%) achieved a ≥4.5-inch decrease

In other words, the patients were treated weekly for 6 weeks, which resulted in a significant reduction in the combined circumference of hips, waist, thighs, and upper abdomen by 13 cm (about 5 inches) after 6 weeks

Two weeks after the final treatment, patients lost another 2 cm (about 0.8 inches)

How Keto Protects Your Immune System

The 10th Reason Why You Are Vitamin D Deficient

Do I Reduce Carbs or Sugar Grams on the Ketogenic Diet? Scroll to top