This Post Was All About L-Carnitine | How to Mobilize Fat & Enhance Brain Health – Thomas DeLauer. 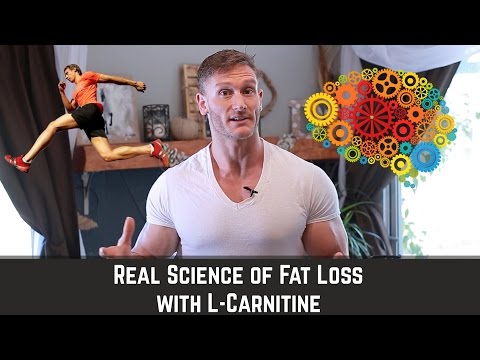 L-Carnitine is So Much More Than Just Fat Loss! I’m all about boosting the body, the brain, and business, and L-Carnitine does just that. Learn more about my thought process at

Acetyl-L-carnitine is an antioxidant and amino acid naturally produced in the body and is one of many forms of carnitine. Carnitines help shuttle fat to mitochondria to be burned to produce energy. They also help to shuttle the waste products away during the process. Different carnitines have different functions. Acetyl-L-carnitine is mainly used for brain health purposes as it is able to pass through the blood-brain barrier due to the acetyl group. Acetyl-l-carnitine is used for a wide variety of disorders regarding brain health: Alzheimer’s, depression, age-related memory loss, thinking problems due to Lyme Disease and alcoholism, Down syndrome, nerve pain, etc. It is also used in men for low testosterone and infertility.

Acetyl-L-Carnitine vs L-Carnitine, and Fat Loss:
The body can convert acetyl-L-carnitine to L-carnitine and visa / versa. Do not substitute one for the others. Benefits are based on the kind of carnitine that you take. L-Carnitine is primarily taken for fat loss as it helps to mobilize stored fat and move it to the mitochondria for use as energy. 95% of the carnitine in the body is found in skeletal muscles. By increasing muscle carnitine concentration you increase muscle fat oxidation, thus burning more stored fat rather than glucose. Until recently, studies did not support that increased dietary carnitine would lead to increased muscle carnitine concentration.
A 2011 study in The Journal of Physiology found that after 6 months of L-carnitine feeding combined with carbohydrate consumption led to a 21% increase in muscle carnitine content. This study further showed that this increase had an effect of muscle metabolism during exercise. Following low intensity exercise it was found that less muscle glycogen was used. There was no measure of lipid oxidation, but it follows theoretic models that lipid metabolism would take the place of the glucose metabolism. The study also found an increased level of muscle lactate following high intensity exercise. What was very exciting was the finding of a performance enhancement: work output was increased by 11% during a 30 minute trial. Further studies are needed – complication with how long studies need to be held to see an impact of carnitine supplementation.

How it Helps Brain Function:
Mitochondria are the energy power plants of the body and brain, and their decay has been linked to many age related diseases. Supplementation may help mitochondria produce energy in tissues like the brain. One study fed rats acetyl-L-carnitine – reversed age-related declines in L-carnitine levels and also reversed some age-related changes in liver mitochondrial function. Another study found that the supplementation of acetyl-L-carnitine and alpha lipoic acid led to memory improvement, reduced oxidative stress and improved mitochondrial energy metabolism. It is also used to synthesise acetylcholine, a neurotransmitter in the brain. Acetylcholine has been shown to boost memory.

Tips:
Take acetyl-L-carnitine in the morning to promote healthy brain functioning.Pair with alpha lipoic acid, an antioxidant that is known to rid the brain of free radicals.

5. What is the difference between acetyl-L-carnitine and L-carnitine?

8. The key difference between acetyl-L-carnitine and L-carnitine

Hidden Reasons for Plateaued Weight and a Slow Metabolism

Mediterranean Keto Diet Meal Plan – What to Eat in a Day

Why Do Fat Men Have Low Testosterone?

Benefits of Lactic Acid From Sauerkraut Scroll to top