This Post Was All About Ketosis Science: Do Exogenous Ketones Work? Thomas DeLauer. 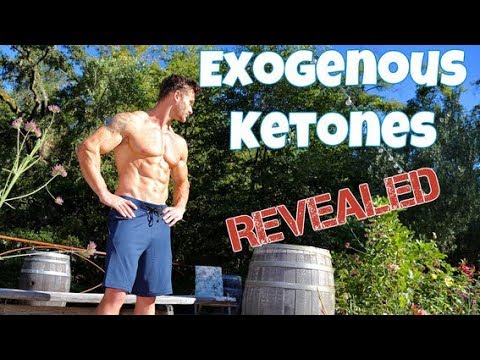 Benefits/When to Use: Overview-
Exogenous ketone supplementation causes blood glucose to decrease significantly, likely due to the acute increase in insulin sensitivity. Also improve oxygen utilization, especially in the central nervous system (CNS) – This effect decreases the likelihood of oxygen reaching potentially toxic levels in the CNS.
Ketone bodies are considered neuroprotective as they reduce the inflammation and hyperexcitability that is normally exhibited as glucose metabolism declines in the brain.
Anti-Inflammatory properties: There is evidence that ketone bodies play a crucial role in reducing inflammation by inhibiting a specific class of proteins called inflammasomes.

Weight Loss/Fat Burning:
Note: Exogenous ketones don’t cause weight loss, but rather help promote a ketogenic state. Taking exogenous ketones will let your body know that it is time to use ketones – When you’re done using the exogenous ketones as fuel, your body will start asking for other places to get ketones from – this would be fat.
*Ketones are believed to regulate appetite by altering levels of the hunger hormones cholecystokinin and ghrelin – also affect the hypothalamus region in the brain and positively impact leptin signals*
One study in rats showed that, under conditions of ketosis, glucose consumption is decreased in the cortex and cerebellum by about 10% per each mM of plasma ketone bodies – body will choose to run on ketones over glucose.

Exercise/Athletic Performance:
When you run out of glycogen, your body can either make more, or start making energy from fat. Both of these processes are dependent on using oxygen for energy. However, when you take exogenous ketones, your body can use that energy immediately with much lower oxygen utilization – Exogenous ketones require less oxygen per mole of carbon to oxidize. Exogenous ketones present a way to elevate ketone levels without having depleted muscle glycogen stores (low muscle glycogen is well known to impair sustained physical performance)

Cognitive Function:
In one study, from the journal of Neurology of Aging, 20 subjects with Alzheimer’s disease or mild cognitive impairments were asked to consume a drink that helped elevate ketone levels in their body.
Found that those with higher ketone levels experienced greater improvements in paragraph recall versus those with lower ketone levels.

Fasted Training vs Eating Before Workouts: Study Compares the Difference

The Worst Diet Advice in the World