You are here: Home1 / All Articles2 / Keto Course3 / Ketosis is More Than Just Lowering Your Carbs

Ketosis is More Than Just Lowering Your Carbs

More specifically, you want help with Ketosis is More Than Just Lowering Your Carbs?

This Post Was All About Ketosis is More Than Just Lowering Your Carbs. 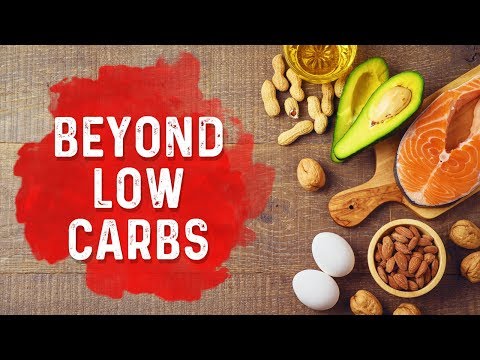 1. Glucose – It will increase insulin
Lactose – it does not increase insulin as much as glucose
Sucrose – it is a combination of glucose and fructose has a different effects on insulin.

Out of the three – Fructose is the most dangerous. Fructose is mainly handled by the liver and the other sugars can be handled by different cells throughout the body and organs. So when you consume food that is high in fructose or high fructose corn syrup or agave nectar, you are going to overload the liver. You are going to spike insulin indirectly. The liver is going to start to generate excessive fat as a fatty liver and adipose tissue around the organs.

2. Sugar + Protein or Fat
Combining these together will increase the insulin response by 200%.

3. Carbs (Veggies, Fruit, Starch, Grain)
Vegetables create the least response on insulin because it has the least amount of sugar and has the most fiber. Even though fiber is a carbohydrate, it doesn’t affect insulin. So if the fiber is combined with something else, it actually helps buffer the insulin response. It helps lower insulin resistance from the gut or microbes.

4. Alcohol – it is what create the damage to the liver in addition to the responses of insulin.
Insulin index are list of foods that raise insulin. It is recommended to consume foods that is low in the insulin index. The higher the number, the greater the response of insulin. Just because something might lower your insulin doesn’t make it a health food.

5. Fat – It has the least response of insulin than anything. The more pure the fat, the lower on the insulin index it is.

7. Protein – Consuming moderate amount of protein has a very small effect on insulin but it does increase insulin a little bit. And low fat protein also will increase insulin more than higher protein.

Can’t Sleep? DO THIS!

Agave Nectar vs. High Fructose Corn Syrup: WHICH IS BETTER?