You are here: Home1 / All Articles2 / Keto Course3 / Ketosis and Fasting: Do BCAAs Break a Fast or Ketosis: Thomas DeLauer

More specifically, you want help with Ketosis and Fasting: Do BCAAs Break a Fast or Ketosis: Thomas DeLauer?

This Post Was All About Ketosis and Fasting: Do BCAAs Break a Fast or Ketosis: Thomas DeLauer. 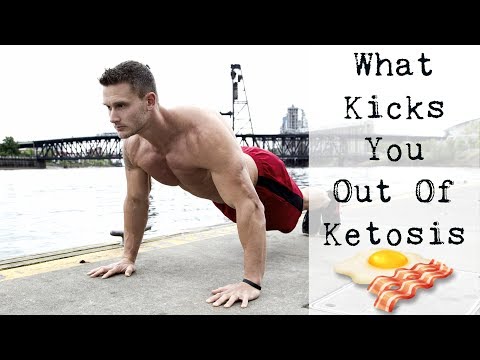 If You Want More Videos, You HAVE to Subscribe!

A traditional ketogenic diet sees you reduce carbs to around 5% of total energy intake with a maximum carb limit of 50g per day.

Simply put, a ketogenic diet results in your body using and burning fat, rather than carbs, for fuel (energy)

Amino acids are the building blocks of protein. Branched chain amino acids (BCAAs) are so called because of their structure, which includes a “side chain” of one carbon atom and three hydrogen atoms.

BCAAs are the only amino acids not degraded in the liver.

All other amino acids are regulated by the gut and the liver before being circulated elsewhere in the body.
This means that dietary intake of BCAAs directly influences plasma levels and concentrations in muscle tissue (Layman DK 2003). Interestingly, BCAAs are burned for energy (oxidized) during exercise, so they’re also an important exercise fuel.

So this poses the question…. If it can be used as fuel, can it break a fast?

BCAAs, however, head directly into the bloodstream. This means that dietary intake of BCAAs directly influences plasma levels and concentrations in muscle tissue

There are three BCAAs: leucine, isoleucine, and valine

Insulin’s primary purpose is to regulate the metabolism of fats and carbohydrates. The digestive system breaks down carbohydrates, such as sugars and starches, into a molecule called glucose.

Insulin allows cells in the body absorb glucose so your body can use it for fuel, ultimately lowering levels of glucose in the blood stream

Ketosis will take place when the body needs energy and there is not sufficient glucose available for the body.

This happens when the body is lacking insulin and blood glucose levels become high.

Leucine, specifically, stimulates glucose uptake for up to 45 minutes (3,4)

Despite there being some benefits to supplementing BCAAs, it may not be wise to do so while in a ketogenic state

In one study, a man voluntarily fasted for 50 days.

For 30 min, his ketones and blood sugar dropped and there was a massive uptake of ketones by the brain and ketone production was halted.

However, within 30 min his ketones started shooting back up

In short, an insulin spike can kick you out of ketosis, albeit temporarily, as insulin clearance is seemingly fast (5)

BCAAs While in Ketosis (Increase in circulating BCAAs)

In one study dietary replacement of carbohydrate by fats were studied in six healthy subjects, which was preceded and followed by a 3-day period of balanced diet.

During the ketogenic diet, levels of free fatty acids, glycerol and 3-hydroxybutyrate rose significantly and glucose levels decreased by 16.5 +/- 3.2%

The average levels of gluconeogenic amino acids (alanine, glutamine, glycine, serine and threonine) were reduced by 8-34% while those of the branched chain amino acids increased by more than 50%.

1) All About BCAAs | Precision Nutrition. (n.d.). Retrieved from

3) The Ketogenic Diet and Insulin Resistance | Ruled Me. (n.d.). Retrieved from

4) Ketosis – What is Ketosis, Effects of Ketosis and Ketosis Levels. (n.d.). Retrieved from