You are here: Home1 / All Articles2 / Keto Course3 / Ketogenic Diet: Low Carbs vs. Slow Carbs | How to Balance- Thomas DeLa...

This Post Was All About Ketogenic Diet: Low Carbs vs. Slow Carbs | How to Balance- Thomas DeLauer. 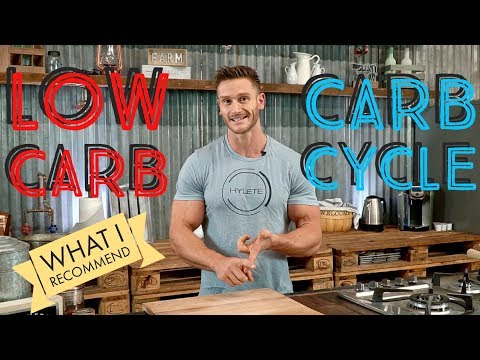 Ketogenic Diet: Low Carbs vs. Slow Carbs | How to Balance- Thomas DeLauer… Low carb diets limit the carb intake and the slow carb diets concentrate on the glycemic index in foods – Low carb reduces the total volume of carbs, while slow carb changes the type of carbs consumed.
Glycemic Index: The “glycemic index” is a term used to describe the blood glucose response to a particular food. The glycemic index is a method of ranking the effects of carb-based foods based on their effects on blood sugar – refers to how quickly sugar reaches the bloodstream after food consumption. High-GI foods pass rapidly through your digestive system and into your bloodstream, driving up your blood glucose levels and causing insulin to spike. Low-GI foods, on the other hand, pass more slowly through the digestive system and enter the bloodstream gradually, which keeps insulin levels low (1,2)

Study: A study published in August 2015 in the American Journal of Clinical Nutrition analyzed data from about 70,000 postmenopausal women. They found that women who had higher dietary glycemic index intake had increased odds of developing depression within the three-year study. They also found that higher consumption of added sugars was associated with depression risk.
On the other hand, women who ate more fiber, fruits, and vegetables (which often have lower glycemic indexes) were shown to have a lower chance of developing depression, per the study’s findings. Researchers suggested that the association may be due to many different mechanisms. Refined carbohydrates contribute to inflammation, insulin resistance, and cardiovascular disease, which are all associated with depression (5) Low GI Food Benefits Summed – Increase the body’s sensitivity to insulin, improve diabetes control, reduce hunger and keep you fuller for longer, minimize carb cravings, and minimize energy crashes

Top 10 Mediterranean Foods You Should Be Eating