You are here: Home1 / All Articles2 / Keto Course3 / Ketogenic Diet: How to Fight Cravings with Proven Science

More specifically, you want help with Ketogenic Diet: How to Fight Cravings with Proven Science?

This Post Was All About Ketogenic Diet: How to Fight Cravings with Proven Science. 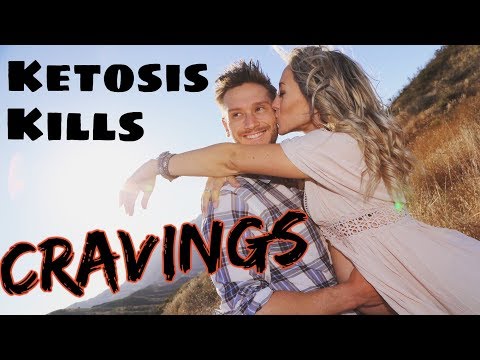 Ketogenic Diet: How to Fight Cravings with Proven Science…
Blood Sugar:
A diet that consists of high carb consumption is a trigger for sugar cravings as eating high amounts of carbs spikes your blood sugar levels – this, in turn, causes your body to release insulin, which causes your blood sugar to crash. A crash in blood sugar results in cravings for sugar since your body is trying to raise its blood sugar levels back to normal, if you lower your carb intake over time, your blood sugar will level out and stabilize – eventually, no crashes will occur and sugar cravings will cease.
Satiety Hormones: (Cholecystokinin and Ghrelin)
Cholecystokinin (CCK)
CCK is released after you eat; its main purpose is to tell your brain that you are full – acts as a short-term indicator fullness. CCK facilitates digestion within the small intestine. It is secreted from mucosal epithelial cells of the small intestine (duodenum), and stimulates the release of digestive enzymes and bile from the pancreas and gallbladder, respectively. It is also produced by neurons in the enteric nervous system, and is distributed in the brain.
There are two main reasons regarding CCK’s ability to induce satiety:
One is that meal-induced secretion of cholecystokinin activates the satiety center of the hypothalamus in the brain so that the person feels full and stops eating. (mediates satiety by acting on the CCK receptors distributed throughout the CNS) A second reason is that, because cholecystokinin inhibits emptying of the stomach, the sensation of satiety may be the result of distension of the stomach.
Study:
Normally, you secrete less CCK as you lose weight, so on a traditional diet you’ll lose weight but still crave unhealthy foods (less satiety after a meal)
A study in the American Journal of Clinical Nutrition showed that people who were injected with CCK stopped eating their meals sooner than those without it. This same study also looked at the effect of weight loss and ketosis on postprandial cholecystokinin concentrations. The study showed that after 8 weeks of weight loss there were significant reductions in CCK, which was to be expected, but just one week of being in a ketogenic state returned CCK to baseline (pre-weight loss) levels (3)

Note: As ketone levels rise, CCK is activated* Why is this?
Ghrelin:
Ghrelin is a peptide hormone produced by ghrelinergic cells in the gastrointestinal tract, which functions as a neuropeptide in the central nervous system – It acts on hypothalamic brain cells both to increase hunger, and to increase gastric acid secretion. Simply put, it’s referred to as “the hunger hormone” because it increases appetite. It’s released from your stomach and intestines and whenever you eat a meal, ghrelin drops in response to nutrients circulating in your blood, when the stomach is empty, ghrelin is secreted.
Study:
A study published in the European Journal of Clinical Nutrition looked at hormonal alterations associated with weight loss induced by a ketogenic diet. The study included 39 non-diabetic overweight or obese subjects who completed an 8-week keto diet, followed by 2 weeks of reintroduction of foods.
Findings:
There was an increase in ketones, which was to be expected, but the rise in ketones was accompanied with a suppression of the increase in ghrelin that’s normally seen with weight loss (ketones increased, ghrelin was suppressed)
After refeeding, fasting and postprandial ghrelin concentrations rose significantly (4)

2) Why Do I Lose Weight In Ketosis? – mindbodygreen. (n.d.). Retrieved from

How to Workout with Your Dog – The Original Body by Dog Workout!

HOW TO MAKE THE BEST PROTEIN PANCAKES

Key Nutrients that Make Your Muscles Grow Scroll to top