This Post Was All About Keto Science | Ketosis | 3 Types of Ketones Explained- Thomas DeLauer. 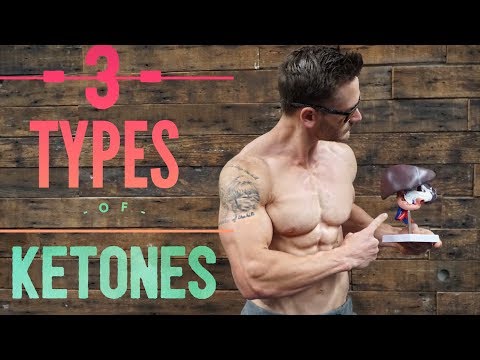 These three dogs represent the science and the physiology of ketosis, the three ketone bodies. We’ve got acetoacetic acid, beta-hydroxybutyric acid, and acetone.

Hey, if you want all of the best content regarding fasting, ketosis, and just general health, make sure you hit that subscribe button. I post three to five videos per week, and do frequent live coaching broadcasts. Also, turn on the notifications if you haven’t already done it.

So, let’s get down to the science. What are ketone bodies? All ketone bodies are, are the salt breakdown of a fatty acid. So, basically, fats have to be emulsified. Fats can’t just be processed. They have to go through a whole different process in the body to actually be utilized for energy. So, when we’re in ketosis, our body is taking fat and turning them into water soluble compounds, known as ketone salts or ketone bodies.

We have acetoacetic acid, or acetoacetate. We have beta-hydroxybutyric acid, also known as beta-hydroxybutyrate, and we have acetone, kind of like nail polish remover, but sort of not. Two of the three of these ketone bodies are utilized by the brain in the body for energy. One of the three is just a random waste molecule that really doesn’t do a whole lot other than measure, well, the amounts of waste of ketone bodies.

It’s a little bit more complicated than that. I’m going to paraphrase it here a little bit more. A lot of it has to do with something known as oxaloacetate. The availability of oxaloacetate determines what acetyl coenzyme A ends up doing. Whether acetyl coenzyme A ends up entering the Krebs cycle and getting converted into energy itself when carbs are present, or if acetyl coenzyme A gets converted into a ketone body and then enters the bloodstream. So, basically this oxaloacetate ends up being the root that determines or dictates what ends up happening, whether we’re going to metabolize carbs or essentially whether we’re going to metabolize fats. It’s much more complicated than that but basically that is the fork in the road, that oxaloacetate. Then, once the process is determined and the ketone bodies are formed, those ketones leave the liver and they go throughout the body and ultimately create energy. That’s the general summary of ketones and ketosis in a nutshell.

Let’s talk about the three different ketone bodies that you know. First, acetoacetic acid, also known as acetoacetate. This is the first ketone body that is formed. After acetyl coenzyme A creates a ketone body, this is essentially what is formed.

10 Reasons Why Your Cravings Will NOT Go Away

Best Stretches for the Low Back Pain

How to Time Your Meals for Max Fat Loss- Thomas DeLauer

The REAL Reason Why Autophagy Exists

Getting Too Skinny on Keto? Scroll to top