You are here: Home1 / All Articles2 / Keto Course3 / Keto Over Age 50 – Benefits and Considerations

Keto Over Age 50 – Benefits and Considerations

More specifically, you want help with Keto Over Age 50 – Benefits and Considerations?

This Post Was All About Keto Over Age 50 – Benefits and Considerations. 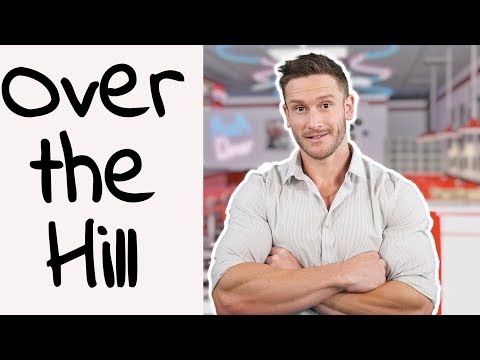 Big Thanks to Nicholas Norwitz – Ketone PhD Researcher and Harvard Medical Student who assisted with research.

With this question, what you are really asking is whether there is a positive interaction between the magnitude of the beneficial effects of a ketogenic diet and “age.” I put “age” in quotes because “chronological age” is just a number. What matters is “metabolic age,” which itself is strongly influenced by lifestyle interventions, specifically a ketogenic diet. So, as you can see, it’s somewhat of a circular question (and a wonderful one at that!).

Neurodegenerative Diseases (Alzheimer’s and Parkinson’s)
Aging is associated with a decrease in the brain’s ability to use glucose, as measured by FDG-PET scan. This is known to contribute to the development of neurological diseases, like Alzheimer’s disease and Parkinson’s disease.

Alzheimer’s and Parkinson’s disease primarily strike people over the age of 65. The older you are, the more likely you are to develop the disease.

This is a case report of a 63-year-old man with Alzheimer disease. When he was put on a ketogenic diet, he exhibited a rapid improvement in mood, social ability, and memory. He also exhibited significant improvements on cognitive tests and his neurodegeneration stopped progressing. When he was later also put on a ketone ester to further boost his ketone levels, he gained back more abilities. “Abstract thinking, insight, and a subtle sense of humor returned to his conversation. In his own assessment, he stated that he felt ‘good,’ had ‘more energy’ and was ‘happier.’ He also found it ‘easier to do things.’”

In this feasibility study, 5 patients with Parkinson’s disease – the second most common and fastest growing neurodegenerative disease in the world – were put on a ketogenic diet for one month. By the end of the month, all participants exhibited a 20-80% improvement in their symptoms, as measured by the standard clinical test of Parkinson’s disease severity (UPDRS).

Insulin Resistance
Insulin resistance is associated with age ( and underpins many chronic diseases, including diabetes and obesity.

Because elderly people will have accumulated more mitochondrial damage overtime, it’s especially important that they protect their mitochondria with a ketogenic diet. However, since mitochondria do have their own DNA and get passed directly from mother to child in the mother’s egg (the father’s sperm doesn’t donate mitochondria) the effects can be transgenerational! In the study linked above (figure below) 36 cognitive normal healthy adults were compared with respect to their activity of the final complex in the electron transport chain (complex IV/COX). Complex IV/COX gets damaged in Alzheimer’s disease, so the hypothesis was that individuals with a maternal family history (MH) of Alzheimer’s disease would have a decrease in COX activity relative to individuals with no family history (NH) or a paternal family history (PH). As you can see, this is exactly what they found! These results are remarkable because they (1) follow on the well-established knowledge that mitochondrial damage accumulates with age and contributes to disease, (2) suggest that some of use may start off with slightly damaged mitochondria, so it’s important for everyone to manage mitochondrial health, and (3) suggest that the choices we make (if you’re a woman) when we are young before we have kids not only affect our health but the health of our future children!

Does Protein Get Turned into Fat?

The HUGE Problem with the Glycemic Index (GI)

How to Reduce Bad Estrogen: Try these 3 Vegetables- Thomas DeLauer