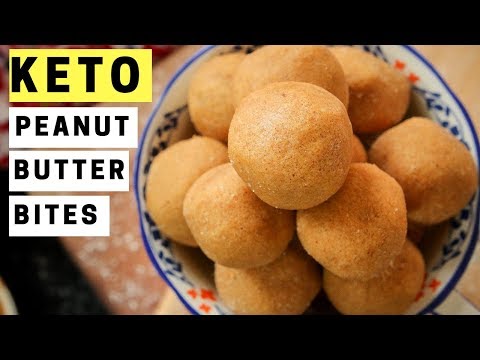 Keto fat bombs don’t get much better than this Peanut Butter Fat Bomb Recipe. The BEST keto recipes are EASY KETO RECIPES and these fat bombs are just that! So in my mind these LOW CARB peanut butter Fat Bombs are a MUST MAKE. This is a great recipe for beginners, because there’s no baking involved! And these peanut butter bites make a great keto snack idea, breakfast idea, or low carb dessert idea. And they’re an especially great low carb idea if you’re on the go. Also, each peanut butter bite only has about 2 NET CARBS, and they take less than 15 minutes from start to finish to make!

Add all of the ingredients into a large bowl

Use a spatula to combine the ingredients until crumbly

Once crumbly use your hands to form a ball of dough.

Once a ball of dough is formed, use you hands – or take a cookie scoop out – and form small truffle sized bites out of the dough

Add the bites to a plate and enjoy.

Store the bites in a sealed container in the fridge

*Note:
Use a little extra coconut flour if the dough is too sticky when working the dough into bites.

How FASTING is Boosting Cognitive Function (A LOT!!)

Is Allulose the Holy Grail of Sweeteners? Science Exposed!