More specifically, you want help with Fat Metabolism | How Fat is Digested and Burned: Thomas DeLauer?

This Post Was All About Fat Metabolism | How Fat is Digested and Burned: Thomas DeLauer. 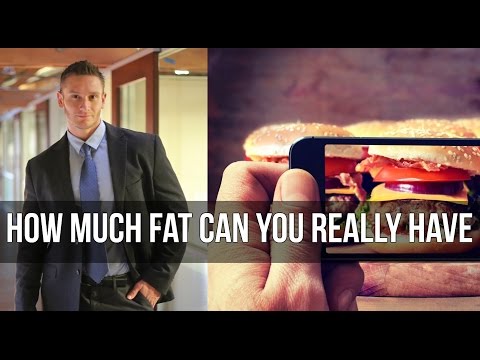 http://www.ThomasDeLauer.com
Fat Metabolism | How Fat is Digested and Burned: Thomas DeLauer
Lipases
Fat consumption begins in the mouth, moves into the stomach and then into the small intestine where it is absorbed
Once the fat enters the stomach, enzymes in the digestive tract called lipases begin their hard work
Fats and Lipids
Fat, also known as a lipid, is composed of three of these fatty acid chains, each bound to a single molecule called a glycerol
Emulsification and Digestion
10 percent of fat digestion takes place in the stomach using gastric lipase
Gastric lipase removes two of the three fatty acids from the glycerol by breaking the bond between them, leaving two free fatty acids and a monoglyceride
Fat does not dissolve in water, but forms emulsion droplets
Once it is in the small intestine, a substance called bile is secreted from the gall bladder to help break apart those droplets into even smaller ones – this is known as emulsification
Digestion in the Small Intestine
An enzyme in the small intestine, called pancreatic lipase, breaks down the remainder of the fat
Pancreatic lipase is assisted by a protein, called colipase, that helps the enzyme access the fat inside the droplets
The lipase then again breaks the lipid into two fatty acids and a monoglyceride
Throughout this process, the fatty acids, monoglycerides, bile, and other fats form new droplets called micelles
This enables them to move into intestinal cells, where they are prepared for absorption
Absorption into Bloodstream
Free fatty acids and the monoglycerides diffuse into the intestinal cells at the border between the intestine and the bloodstream
Once inside the intestinal cell, the fatty acids and monoglycerides are combined back into lipids again
The lipids are then enclosed in packages known as chylomicrons
**Chylomicrons – lipoprotein particles that consist of triglycerides, phospholipids, cholesterol, and proteins. They transport dietary lipids from the intestines to other locations in the body**
Chylomicrons do not pass directly into the blood. They first travel through another bodily fluid called lymph, which empties into the blood
**Lymph – a colorless fluid containing white blood cells, that bathes the tissues and drains through the lymphatic system into the bloodstream**
Once in the blood, the chylomicrons are broken apart, and the fats are ready to be used for nourishing the body
How much Fat per day on Keto
A ketogenic diet minimizes carbs, provides a moderate amount of protein and is high in fat
The percentage of calories from fat will depend on how low your carb intake is, but it will generally be between 50–75% of calories
Suggested daily, on average, fat ranges for a ketogenic diet:
Around 1,500 calories: About 83–125 grams of fat per day
Around 2,000 calories: About 111–167 grams of fat per day
Around 2,500 calories: About 139–208 grams of fat per day
References
Digestion and Absorption of Fats. (n.d.). Retrieved from
Fat Grams – How Much Fat Should You Eat Per Day? (n.d.). Retrieved from
How Does the Body Digest & Metabolize Fat? livestrong.com (n.d.). Retrieved from / Belly Swelling & Bloating as the Day Progresses?What Is Insulin Resistance? Scroll to top