You are here: Home1 / All Articles2 / Keto and Fasting3 / Keto Diet Guide: How to Measure your Ketones Properly

Keto Diet Guide: How to Measure your Ketones Properly

More specifically, you want help with Keto Diet Guide: How to Measure your Ketones Properly?

This Post Was All About Keto Diet Guide: How to Measure your Ketones Properly. 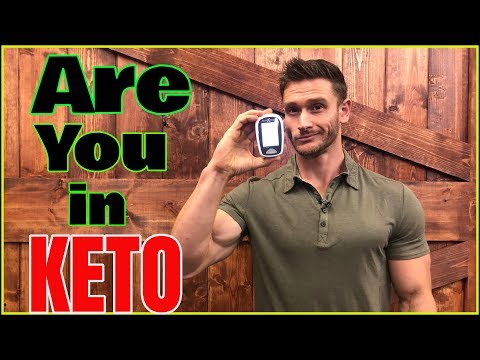 Below 0.5 mmol/L is not considered ketosis – at this level, you’re far away from maximum fat-burning

Between 0.5-1.5 mmol/L is light nutritional ketosis – you’ll be getting a good effect on your weight, but not optimal

Around 1.5 – 3 mmol/L is what’s called optimal ketosis and is recommended for maximum weight loss

Values of over 3 mmol/L aren’t necessary – that is, they will achieve neither better nor worse results than being at the 1.5-3 level

Higher values can also sometimes mean that you’re not getting enough food. For type 1 diabetics, it can be caused by a severe lack of insulin

If you’re readings are too low you may need to avoid all obvious sources of carbs, but also to be careful with your protein intake

Excess protein will converted into glucose in the body – large amounts of protein can also raise your insulin levels somewhat, which compromises optimal ketosis

Known as nutritional ketosis, a state where the body is using ketones as a fuel source efficiently and safely

In individuals without diabetes or in those with controlled diabetes, having insulin on board to maintain healthy blood sugar levels keeps ketone production in the safe range

This is achieved by reducing carbohydrate-intake to below 50 grams, because when glucose from food is limited, but blood sugars are still in a healthy range and enough insulin is present, the body will begin to burn body fat for fuel instead, producing low levels of ketones in the bloodstream

Because ketones are acid substances, high ketone concentrations in the blood may create acidosis

Ketoacidosis, commonly referred to diabetic ketoacidosis, is a very dangerous state where an individual with uncontrolled diabetes is effectively starving due to lack of insulin

In normal individuals, or those with well controlled diabetes, insulin acts to cancel the feedback loop and slow and stop the overproduction of ketones (insulin has a suppressant effect on ketone production)

Without this feedback loop, dangerous levels of ketones build up, acidifying the body

Stop Anti-aging Creams and Do This Instead…

Are Whole Grains Destroying Your Brain?

Diet Soda can Cause a Fatty Liver