You are here: Home1 / All Articles2 / Keto Course3 / KETO CINNAMON ROLLS FROM SCRATCH IN 5 MINUTES | HOW TO MAKE EASY LOW CARB... 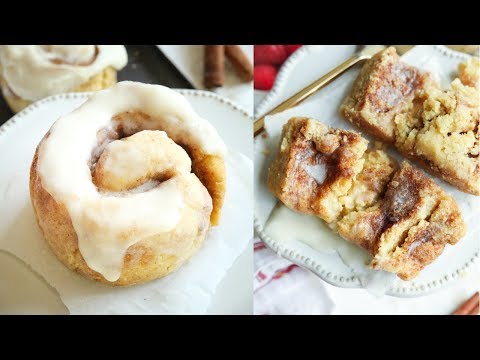 Learn how to make Keto Cinnamon Rolls from scratch in 5 MINUTES! This easy low carb cinnamon roll recipe has no yeast and NO SUGAR! And it’s actually made in a mug in your microwave. However, you can also use your oven to make these too…it will just take a bit longer. The BEST part about this keto cinnamon roll recipe – besides how fast they cook – is the fact that each one has JUST 4 NET CARBS!

THINGS I USED IN TODAY’S RECIPE:

NOTE*
The Macros DO NOT include the “carbs” from Swerve. Swerve has 0 calories, so it should be tracked as 0 carbs. The FDA makes food companies list “sugar alcohols” as carbs, but that doesn’t mean they should be tracked as such. That’s why it’s ALWAYS important to look at the calories of sweeteners and determine the true carb count FROM THE CALORIES!

The Fastest Growing Disease in the World is…

Potassium May be Critical for Diabetes

Why Almond Flour Is the Best Flour for Baking

Will Skipping Meals Spike Your Metabolism? Scroll to top