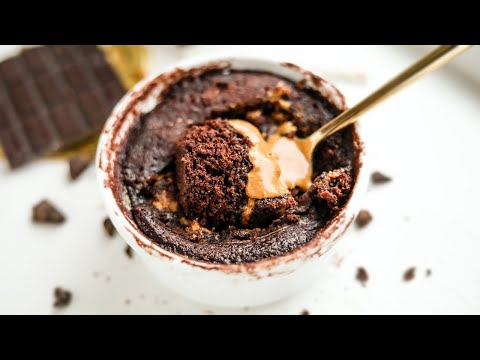 A Keto Chocolate Peanut Butter Mug Cake recipe that taste’s like a Reese’s peanut butter cup, but in cake form. This low carb mug cake is made in the microwave in just one minute, and from start-to-finish it takes less than five.

Things I Used In Today’s Recipe:

***THESE OTHER FLOURS WILL WORK TOO
Sunflower Seed Flour:
Walnut Flour:

How to Correct Your Constipation
Scroll to top