You are here: Home1 / All Articles2 / Keto Course3 / Keto and Your Kidneys: The Bizarre Truth

Keto and Your Kidneys: The Bizarre Truth

More specifically, you want help with Keto and Your Kidneys: The Bizarre Truth?

This Post Was All About Keto and Your Kidneys: The Bizarre Truth. 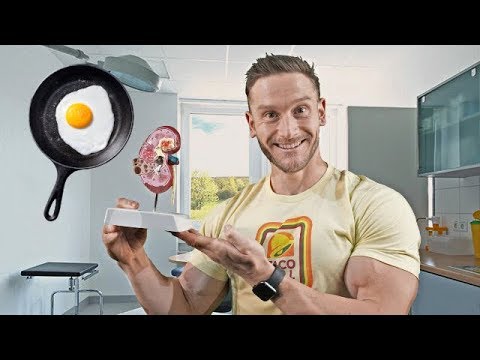 Keto and Your Kidneys: The Bizarre Truth – Thomas DeLauer

A study published in the journal Kidney International looked at nephropathy (term used when the kidneys start to incur damage, which can ultimately lead to kidney failure) in diabetic mice (3)

The researchers found the genes responsible for nephropathy (nephrin, ZO-1 and podocin) were reversed – this helped restore the mice’s kidneys back to healthy functioning

Specifically, the study found that keto increased the expression of SIRT1, which led to a reduction in the genes responsible for nephropathy

In indications of energy surplus, such as glycogen and insulin, inhibit activation of AMPK – ketosis decreases these factors that inhibit AMPK

SIRT enzymes “turn off” certain genes that promote aging, such as those involved in inflammation, in fat synthesis and storage, and in blood sugar management
When proteins are undergoing stress, acetyl groups are added to proteins as a response to changes induced by inflammation and oxidation.
Sirtuins (like SIRT1) remove these acetyl groups to keep the protein in service longer than usual, while simultaneously stabilizing the charge state of the carbon backbone in protein to resist any further changes in their shape

If the glomeruli become damaged, the kidney can no longer remove waste and excess fluids efficiently – blood and protein cannot be filtered and are excreted in the urine

Too much glucose may cause glomerular lesions in patients with poor glucose control, leading to impairment of the kidneys

High glucose levels are thought to make the blood flow into the kidney at a higher speed, putting a strain on the filtering process and raising blood pressure

The review measured the impact of low carb diet on renal function taking into account 1000 people from nine randomised controlled trials found that:

“a low carbohydrate diet and the corresponding high-protein diet was not harmful for renal function in overweight and obese individuals without renal dysfunction.”

Furthermore, it concluded that a low carb diet may even improve renal function thanks to its weight loss effects

1) Impact of low-carbohydrate diet on renal function: a meta-analysis of over 1000 individuals from nine randomised controlled trials. (2016, August 28). Retrieved from

2) University of Wisconsin Hospitals and Clinics Authority. (2010, June 24). How Do Kidney Stones Form? Retrieved from

Do This Acupressure Technique to Yourself After Surgery & Speed Up Recovery

Use Keto (Ketogenic Diet) to Balance Your Hormones
Scroll to top