You are here: Home1 / All Articles2 / Keto Course3 / Keto and Fiber: Everything You Need to Know

More specifically, you want help with Keto and Fiber: Everything You Need to Know?

This Post Was All About Keto and Fiber: Everything You Need to Know. 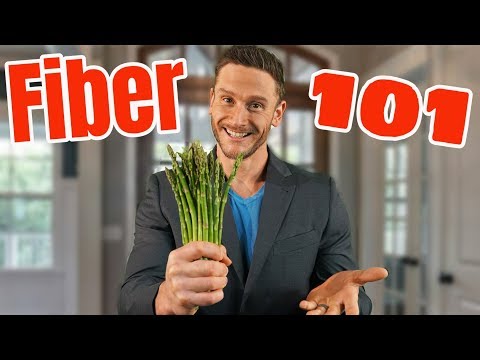 Keto and Fiber: Everything You Need to Know – Thomas DeLauer

Sources of Fiber on Keto:

One avocado contains less than four net carbs, but a 13.5 g of fiber

One tablespoon of ground flax boasts 2 g of fiber and 0 net carbs.

A 1-cup serving of cauliflower veggie has only about 3 net carbs and 2 g of fiber.

One oz of pumpkin seed kernels yields a little more than 1 g of net carbs, and nearly 2 g of fiber.

1 cup of broccoli has 6g total carb and 2.4g fiber

It slows digestion, increases satiety, and when consumed with carbohydrates can slow intestinal absorption and can help minimize increases in postprandial blood glucose

Soluble fiber is predominantly found in fruits and legumes, which are not advised on a ketogenic diet, and small amounts are found in vegetables

Insoluble fiber physically fills up space in the stomach and intestines, furthering the sensation of being full. These properties can help people manage their weight.

All NuPasta products are made with water, non-GMO soy, and konjac

Some starch is actually resistant to digestion, so that it passes through the digestive system unchanged – this type of starch is called resistant starch, and it functions like soluble, fermentable fiber in the gut

These Oils are DETERIORATING our Bodies (& Nobody is Caring)

Dr Berg Q and A Scroll to top