This Post Was All About Intermittent Fasting: Top 5 Mistakes- Thomas DeLauer. 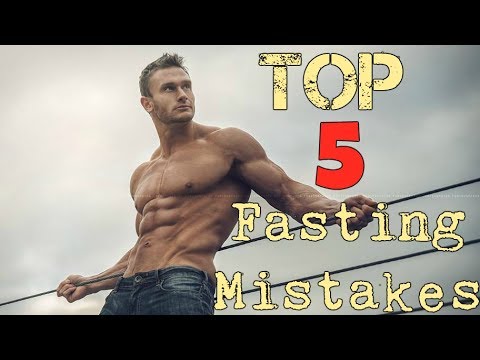 Drinking Enough Water:
When fasting, your body goes through a process known as apoptosis where your body doesn’t have to digest food, so it begins getting rid of dead or broken cells. Without enough water, your body is unable to transport and excrete what it needs to. On top of that, the majority of your energy needs are being supplied by breaking down fat stores during the fast . Fat is the storage site for most toxins your body encounters, and releasing a bunch of this fat will also release a bunch of toxins in your bloodstream.
Mineral Consumption:
Adding the right kind of salt, in the form of sea salt, to your diet during your fasting eating period is important when reducing caloric intake because every structure and function of the body needs minerals to function properly.

Evolution and Origin of Vitamin D

What is the Fasting Mimicking Diet (FMD)?

The Top 2 Most Anti-Cancer Foods on Planet Earth!

Make Sure Your Kids Get Enough Zinc