You are here: Home1 / All Articles2 / Keto Course3 / Intermittent Fasting over Age 40 : The Complete Guide

More specifically, you want help with Intermittent Fasting over Age 40 : The Complete Guide?

This Post Was All About Intermittent Fasting over Age 40 : The Complete Guide. 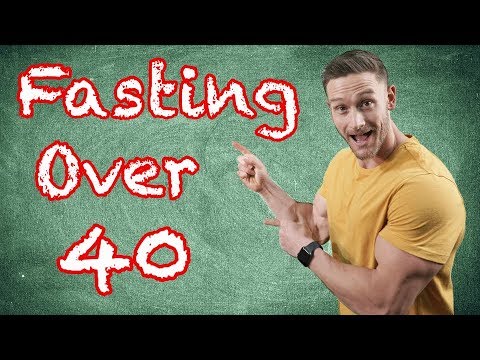 During Fast
salt
catecholamines too high too long, adrenal fatigue, allocate caffeine to morning, have it in morning to catecholamines aren’t constantly elevated
working out in fasted state

When you fast for an extended period of time, the fat deposits that have accumulated over time become the fuel that cells need to operate. As a result, the size of the excess fat droplet gets smaller over time.

As the size of the lipid droplet in muscle and liver cells decrease, those cells become more responsive to insulin. In other words, by reducing the size of the fat droplet, insulin becomes more powerful

Glucose and ghrelin did not change significantly from baseline with alternate-day fasting, whereas fasting insulin decreased 57 +/- 4%

Triiodothyronine (T3) is a thyroid hormone that plays vital roles in the body’s metabolic rate, heart and digestive functions, muscle control, brain development – it affects almost every physiological process in the body

Thyroxine (T4) is the main hormone secreted into the bloodstream by the thyroid gland. It plays vital roles in digestion, heart and muscle function, brain development and maintenance of bones

Thyroid-stimulating hormone (also known as thyrotropin or TSH) is a pituitary hormone that stimulates the thyroid gland to produce thyroxine (T4), and then triiodothyronine (T3) which stimulates the metabolism of almost every tissue in the body

HGH only lasts a few minutes in the bloodstream – it goes to the liver for metabolism, where it is converted into a number of other growth factors, the most important of which is Insulin Like Growth Factor 1 (IGF1)

Have Majority of Caffeine in the Morning

The Journal of Physiology

Trader Joe’s Keto – Buy THIS not THAT

What Determines If You Lose or Gain Weight With Stress

The Most Important Nutrient for Infants Scroll to top