You are here: Home1 / All Articles2 / Keto Course3 / Intermittent Fasting: Increase the Power of Your Fast with These 4 Drinks-...

Intermittent Fasting: Increase the Power of Your Fast with These 4 Drinks- Thomas DeLauer

More specifically, you want help with Intermittent Fasting: Increase the Power of Your Fast with These 4 Drinks- Thomas DeLauer?

This Post Was All About Intermittent Fasting: Increase the Power of Your Fast with These 4 Drinks- Thomas DeLauer. 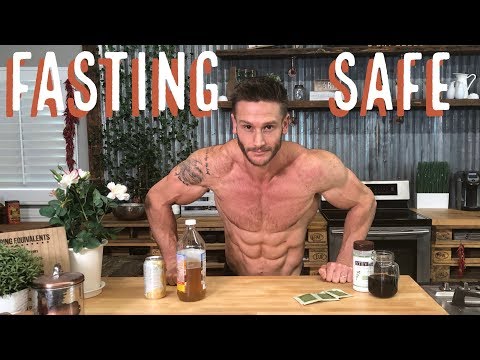 Apple Cider Vinegar + Lemon:
ACV- Halts the digestive process by inactivating the production of certain digestive enzymes responsible for digestion.
Controls blood glucose levels and with a balanced blood sugar level, you’re much less likely to experience intense, hard-to-resist sugar cravings throughout the day (1,2)
Lemon- Lemons contain a soluble fiber known as pectin that benefits the body’s detoxifying capabilities by regulating the body’s use of sugars and cholesterol; improves gut and digestive health

Coffee With Stevia:
Caffeine- Caffeine acts on the central nervous system and causes a release of the neurotransmitters dopamine and epinephrine – increases thermogenesis and fat oxidation. In one study, twelve healthy, normal weight men participated in a four-way crossover, randomized, placebo-controlled, double-blind study. Treatments were administered as tablets of 500 mg Green Tea Extract, 400 mg tyrosine, 50 mg caffeine, or placebo.
Results: Caffeine induced a thermogenic response of 6% above baseline compared to placebo and only caffeine was thermogenic in the given dose and caused no hemodynamic side effects

Zevia- Zevia is an all-natural zero calorie soda made without artificial sweeteners, is non-GMO, kosher, gluten-free, vegan and contains no colors, dyes or phosphoric acid. Considered an all-natural alternative as it uses stevia, a herb from the sunflower family, as its sweetener and is up to 300x sweeter than sugar.

Stevia- Lowers insulin and glucose due to its lack of metabolization – steviol glycosides pass through the upper gastrointestinal tract fully intact.

Lowers Blood Pressure- One study from the journal Clinical Therapeutics conducted a randomized, double-blind, placebo-controlled trial in 174 patients – patients took either 500 mg of stevioside or placebo, 3 times per day. After two years, the group taking stevioside: Systolic blood pressure went from 150 to 140 mmHg and Diastolic blood pressure went from 95 down to 89 mmHg.

Iced Green Tea with Extra Ginseng:
Ginseng- Study/ The International Wound Journal found that ginseng supplementation increased the growth of wound-healing cells (fibroblasts) and increased collagen synthesis in human dermal cells.
*This Video does contain a paid promotion from Zevia. They reached out to me and were excited to see me drink Zevia in a precious Instagram photo and asked if I would be open to sharing that I drink Zevia.

Use Fasting To Get Rid of Chronic Pain

Does Interval Training Work? How to Maximize your Workouts- Thomas DeLauer

The Minimum Time Your Should Fast for Results

Are You Serious Enough About COVID-19?