You are here: Home1 / All Articles2 / Keto Course3 / Intermittent Fasting: Can It Slow Aging? Thomas DeLauer

This Post Was All About Intermittent Fasting: Can It Slow Aging? Thomas DeLauer. 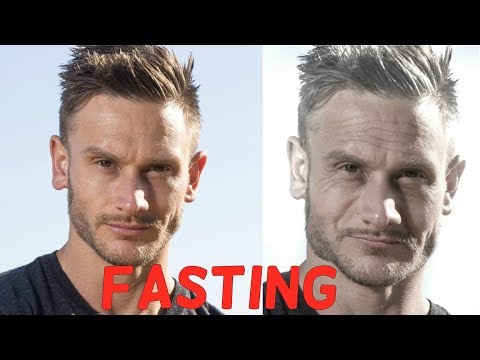 Research from Harvard Chan School of Public Health, published in the journal Cell Metabolism, found why fasting can lead to a longer, healthier life (4) Manipulating mitochondrial networks inside cells — either by dietary restriction or by genetic manipulation that mimics it – may increase lifespan and promote a healthy life.

Mitochondria:
These organelles are constantly changing in size and number by the processes of fission (breaking apart) or fusion (putting together)… Both processes are necessary for mitochondria to stay healthy. Too much fission and there is fragmentation; too much fusion is called mitochondrial hypertabulation.

Fission & Fusion:
Inside cells mitochondrial networks generally alternate between two states: fused and fragmented.
The study found that restricted diets promote homeostasis in mitochondrial networks allowing for a healthy plasticity between these fused and fragmented states. Fission and fusion imbalances of mitochondria result in reduced function – defective mitochondrial dynamics have been implicated in cancer, cardiovascular disease, neurodegenerative diseases, diabetes and chronic kidney disease.
Mitochondria, other than just being the powerhouse of the cell, also play an integral role in programmed cell death or apoptosis. When the body decides that a cell is no longer necessary, the cell does not simply die. When the cell is damaged or no longer necessary, it undergoes an orderly disposal of its cellular contents, which are reabsorbed and its components may be reused for other purposes. This process is called apoptosis and is a major mechanism for the precise regulation of cell numbers. It is also a major defense strategy for the removal of unwanted or potentially dangerous cells (cancer) So, if the process of apoptosis is impaired, then the result is too much growth.

Study:
The researchers in the study used nematode worms, which live just two weeks and thus enable the study of aging in real time in the lab. As mentioned, mitochondrial networks inside cells typically toggle between fused and fragmented states. The researchers found that restricting the worms’ diet, or mimicking dietary restriction (fasting) through genetic manipulation of an energy-sensing protein called AMP-activated protein kinase (AMPK), maintained the mitochondrial networks in a fused or “youthful” state. In addition, they found that these youthful networks increased lifespan by communicating with organelles called peroxisomes to modulate fat metabolism.

Additional:
Fasting also stimulates autophagy and mitophagy, the process of culling the old, dysfunctional mitochondria – fasting essentially gets rid of the old mitochondria and at the same time stimulates new growth.

Researchers Concluded on the Study:
Our work shows how crucial the plasticity of mitochondria networks is for the benefits of fasting – if we lock mitochondria in one state, we completely block the effects of fasting or dietary restriction on longevity. The study also found that fasting enhances mitochondrial coordination with peroxisomes, a type of organelle that can increase fatty acid oxidation, a fundamental fat metabolism process.
In the study’s experiments, the lifespan of the worm was increased by simply preserving mitochondrial network homeostasis through dietary intervention. These results help shed light on how fasting can increase longevity and promote healthy aging.

1) Harvard study uncovers why fasting can lead to a longer and healthier life. (2017, November 6). Retrieved from

2) Intermittent fasting may be center of increasing lifespan. (2017, November 6). Retrieved from

Can Drinking More Water Help You To Lose Weight? : Dr.Berg

Which Fermented Foods You Can Eat on Ketogenic Diet? – Dr.Berg Scroll to top