You are here: Home1 / All Articles2 / Keto Course3 / Intermittent Fasting: 5 Reasons to Workout DURING your Fast

Intermittent Fasting: 5 Reasons to Workout DURING your Fast

More specifically, you want help with Intermittent Fasting: 5 Reasons to Workout DURING your Fast?

This Post Was All About Intermittent Fasting: 5 Reasons to Workout DURING your Fast. 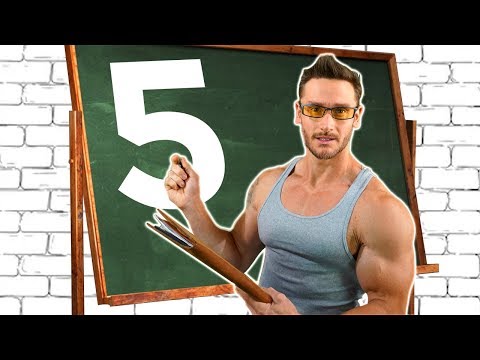 Intermittent Fasting: 5 Reasons to Workout DURING your Fast – Thomas DeLauer

You’re exercising with your insulin and leptin levels at baseline, allowing for more fat burning to occur

Perfect study for this section is the intramyocellular lipids one, which shows the big difference between the two:

During F but not during CHO, the exercise bout decreased IMTG content in type I fibres from roughly 18% to 6% area lipid staining

You can enhance this effect by working out fasted, which results in greater increases in p70s6k

3) Get to take advantage of less fat cell sensitivity

Specifically, found that strength training for only 30 min three times per week is enough to see increases in insulin action in skeletal muscle

A study from the journal Autophagy found that exercise induces autophagy in peripheral tissues, such as muscle, liver, pancreas and adipose tissue, and in the brain

BDNF levels can be different in different places – you have blood BDNF levels, CSF BDNF levels (CSF is cerebrospinal fluid; a clear, colorless body fluid found in the brain and spinal cord) and BDNF levels in various brain locations

Fasting has been shown in many studies to increase BDNF – in fact, a study published in the Journal of Neurochemistry found that intermittent fasting increased the production of BDNF by 50 to 400%, depending on the brain region

Exercise induces neurogenesis, or the creation of new neurons – the new neurons are created in the hippocampus, the center of learning and memory in the brain

At a cellular level, it is possible that the mild stress generated by exercise stimulates an influx of calcium, which activates transcription factors in existing hippocampal neurons

Thus the generation of BDNF is a protective response to stress, and BDNF acts not only to generate new neurons, but also to protect existing neurons and to promote synaptic plasticity

It has been shown that physically active people recover from mild depression more quickly, and physical activity is strongly correlated with good mental health as people age

it’s been shown that HIIT leads to greater increases in BDNF than LISS as it places more stress on the body:

How to Increase Your Absorption of Vitamin D

What Is a Lymph Node?

5 Unsuspecting Times You Should be Using Coconut Oil

Fructose: The Most Dangerous Sugar for Belly | Dr.Berg

Keto and Intermittent Fasting Made Me Depressed Scroll to top