You are here: Home1 / All Articles2 / Keto Course3 / Improve Your HIIT with This Simple Move

More specifically, you want help with Improve Your HIIT with This Simple Move?

This Post Was All About Improve Your HIIT with This Simple Move. 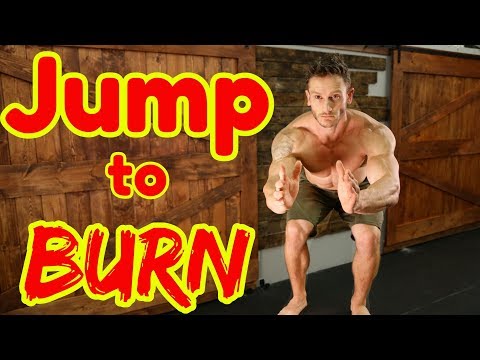 Improve Your HIIT with This Simple Move – Thomas DeLauer

Most people think it would be more beneficial to have less rest, it’s in fact not the case because – as mentioned – HIIT is designed to be performed at 100% intensity

As an intermediate pathway between the phosphagen and aerobic system, anaerobic glycolysis can produce ATP quite rapidly for use during activities requiring large bursts of energy

Plyometric exercises increase muscular power as they utilize the natural elasticity of the muscle and tendon, as well as the stretch reflex

When we jump, in the landing phase our quads must contract eccentrically (lengthening, to resist gravity), to slow the movement, which increases the elastic energy in the muscle and tendon as the muscle lengthens – this energy is then stored in the muscle

However, the P+HIIT program induced greater improvements than did the HIIT program in lean body mass (+3% on average), plasma glucose and leptin concentrations (-11% and -24%, respectively), plasma leptin/adiponectin ratio (-41%), HOMA-IR (-37%), and squat jump performance (22%)

How to Avoid Blood Clots, a Stroke & Heart Attacks

Detox and Die-Off: The Herxheimer Reaction

It’s “Backed by Science” TRUST US

Can Parkinson’s Disease Be Reversed? Scroll to top