You are here: Home1 / All Articles2 / Keto Course3 / How Your GUT Affects Your Immune System

How Your GUT Affects Your Immune System

More specifically, you want help with How Your GUT Affects Your Immune System?

This Post Was All About How Your GUT Affects Your Immune System. 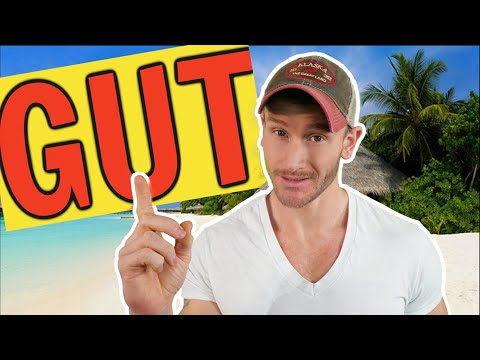 It’s important that I am honest and to say that this video does have a sponsorship from Magic Spoon, supporting them is a good way to support my channel!

How Your GUT Affects Your Immune System – Thomas DeLauer

Your gut wall contains 70-80% of the cells that make up your immune system – put another way, 70–80% of the body’s immune cells are found in the gut

The intestinal barrier is made up of epithelial cells that line the gut and inflammatory molecules (cytokines) and antibodies (i.e. IgA)

A study published in the journal Molecules, researchers found that six common artificial sweeteners approved by the Food and Drug Administration and 10 sport supplements that contained them were found to be toxic to the digestive gut microbes of mice.

The researchers tested the toxicity of aspartame, sucralose, saccharine, neotame, advantame, and acesulfame potassium-k. They observed that when exposed to only 1 milligram per milliliter of the artificial sweeteners, the bacteria found in the digestive system became toxic.

Two big findings: Firmicutes were largely decreased while Bacteroidetes significantly increased AND some key genes, such as butyrate genes, were decreased

A 2019 study, published in PNAS, found that sugar can keep good microbes from colonizing your gut

Researchers found that large doses of fructose and glucose impede the production of proteins that foster the growth of a bacterial species often found in lean, healthy people

Why I Eat COCONUT Every Day to Stay Lean! High Fat Superfood Series

Why Red Spots on My Skin?