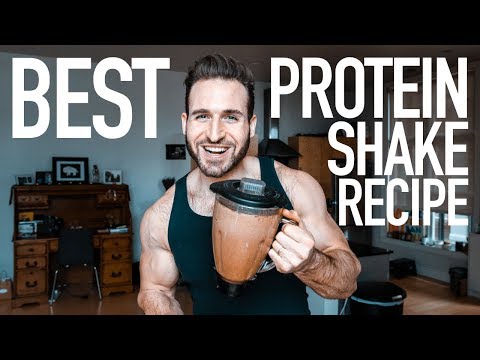 This protein shake has the perfect ratio of carbs, protein, and fat to keep you full and energized before your workout. But this protein shake recipe also is a great way to treat yourself after a workout too. Currently this has been my go-to protein shake. I hope you guys like it!

*NOTE: Add the chocolate chips and oatmeal in after you blend the protein shake and get it thick and creamy. Then just blend them into the shake until they disappear.

Can I Eat Fruit Once I Lose the Weight on Keto?

Dr. Berg gets Confronted by a Dietitian and an M.D. regarding the Water Myth

Why Fasting Lowers Your Thyroid Hormone T3 a Little Bit

Join Dr. Berg for a Q&A on Keto

Weight Loss: Only a Small Part of Health

Boron, One of the Most Deficient Trace Minerals Scroll to top