You are here: Home1 / All Articles2 / Keto Course3 / How to Lower Cholesterol: LDL vs. HDL- Thomas DeLauer

More specifically, you want help with How to Lower Cholesterol: LDL vs. HDL- Thomas DeLauer?

This Post Was All About How to Lower Cholesterol: LDL vs. HDL- Thomas DeLauer. 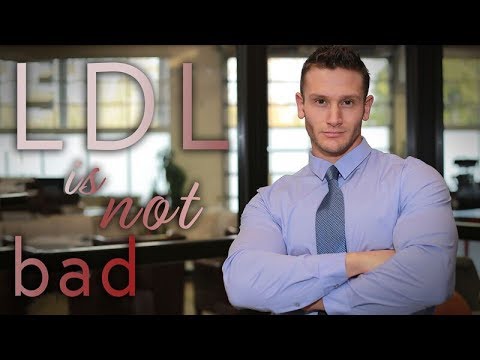 Please Be Sure to Subscribe for 3x Videos Per Week!

How to Lower Cholesterol: LDL vs. HDL- Thomas DeLauer…
Good vs. Bad Cholesterol:
LDL cholesterol is not bad. HDL is not cholesterol and neither is LDL. “High” and “low” refer to the relative proportion of protein to fat in the bundle. HDL stands for High Density Lipoprotein. LDL stands for Low Density Lipoprotein. (There are three other lipoproteins; chylomicrons, VLDL and IDL) Cholesterol and fat are not water-soluble so they need to be carried around the body in something to do their vital work. The carriers of such substances are called lipoproteins. (4)
Lipoproteins:
Lipoproteins travel round the bloodstream and act as transporters. So LDL and HDL are carriers of cholesterol, as well as triglycerides and phospholipids and proteins. LDL is the carrier of fresh cholesterol and HDL is the carrier of recycled cholesterol.
VLDL, LDL, and HDL:
The liver is central to the regulation of cholesterol levels in the body. Not only does it synthesize cholesterol for export to other cells, but it also removes cholesterol from the body by converting it to bile salts and putting it into the bile where it can be eliminated in the feces. Chylomicrons and VLDL deliver TAG to cells in the body. Two types of lipoproteins are triglyceride-rich: the chylomicrons and VLDL. Chylomicrons are synthesized by enterocytes from lipids absorbed in the small intestine. VLDL is synthesized in the liver. The function of these lipoproteins is to deliver energy-rich triacylglycerol (TAG) to cells in the body (pink pathway). TAG is stripped from chylomicrons and VLDL through the action of lipoprotein lipase, an enzyme that is found on the surface of endothelial cells. HDL is involved in reverse cholesterol transport. Excess cholesterol is eliminated from the body via the liver, which secretes cholesterol in bile or converts it to bile salts. The liver removes LDL and other lipoproteins from the circulation by receptor-mediated endocytosis. It travels in the circulation where it gathers cholesterol to form mature HDL, which then returns the cholesterol to the liver via various pathways. LDL delivers cholesterol to cells in the body. As VLDL particles are stripped of triacylglycerol, they become more dense. These particles are remodeled at the liver and transformed into LDL. The function of LDL is to deliver cholesterol to cells, where it is used in membranes, or for the synthesis of steroid hormones. Cells take up cholesterol by receptor-mediated endocytosis. LDL binds to a specific LDL receptor and is internalized in an endocytic vesicle. Receptors are recycled to the cell surface, while hydrolysis in an endolysosome releases cholesterol for use in the cell. LDL is what we call a carrier protein, and one of its important jobs is to carry a fundamentally important chemical to every cell in the body. This chemical is a critical component of cell membranes, serves as a brain antioxidant, and is the raw material from which your body manufactures vitamin D, cortisol, estrogen, progesterone, and testosterone.
Study – The British Medical Journal (BMJ):
The research team — comprised of experts from seven different countries — evaluated data collected from 19 studies on a total of 68,094 older adults. The team was seeking to determine if LDL cholesterol is associated with death in the older adults. According to the cholesterol hypothesis, it should directly relate. According to the BMJ study, it doesn’t. Researchers say almost 80 percent of the participants in the studies who had high LDL cholesterol did not die because of their cholesterol level. On the other hand, researchers discovered people with low levels of LDL cholesterol, or LDL-C, had the highest rates of death related to cardiovascular disease, the leading cause of death for both men and women in the United States.

References:
1) Cholesterol, lipoproteins and the liver. (n.d.). Retrieved from

2) Lack of an association or an inverse association between low-density-lipoprotein cholesterol and mortality in the elderly: a systematic review. – PubMed – NCBI. (n.d.). Retrieved from

4) We have got cholesterol completely wrong – Zoë Harcombe. (n.d.). Retrieved from

Do Not Eat Peanut Butter Again, Until You Watch This…

Losing Inches But No Weight Loss? Scroll to top