You are here: Home1 / All Articles2 / Keto Course3 / How to Dose & Stack Creatine for Mental Boost (Legal Nootropic)

More specifically, you want help with How to Dose & Stack Creatine for Mental Boost (Legal Nootropic)?

This Post Was All About How to Dose & Stack Creatine for Mental Boost (Legal Nootropic). 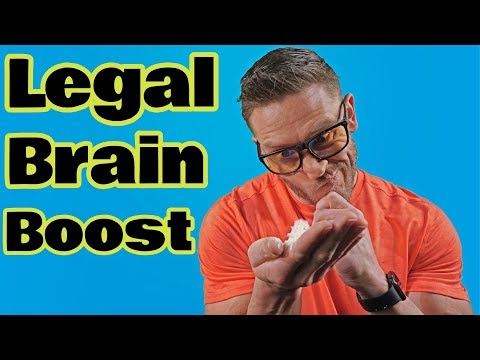 Choose your Creatine over on Amazon (Avoid Creatine Ethyl Ester):

Our cells run on energy supplied by ATP (think of ATP as the gasoline of the body) – whether we fuel up with glucose or ketones, eventually they get transformed into ATP, which powers energy-requiring processes

Our little brain burns through 20% of the energy we use each day, primarily to keep ion gradients fueled that allow our neurons to charge up and then be discharged to communicate information

Creatine can bind to phosphate (P) to make phosphocreatine, and this acts as a “buffer” to make ATP quick

(ATP) is an adenosine with three phosphate groups attached

When our cells need energy, our mitochondria (our cells batteries) break off a phosphate molecule and when the bond is broken it releases energy that the cell can use to get things done

This converts ATP to ADP (adenosine Diphosphate), which cannot be used for energy production
There is only so much ATP available within a given amount of time, which means that the more energy your body demands, the quicker ATP will run out and your body will fatigue

Creatine is stored in the body as Creatine-Phosphate – so when ATP becomes ADP, creatine comes in to save the day by providing it’s phosphate back to ADP so that it can become “recharged” and become ATP again, which can then be used for energy

Creatine is essentially an energy recycler and booster

The next biggest storehouse of creatine, after your muscles, is your brain cells – your brain uses 20% of your body’s total energy usage every single day and the more you use your brain, the quicker you drain your ATP reserves

Creatine helps revive your brain cells in a similar fashion to your muscles cells, it helps “refill” your ATP supply so that your brain can continue to perform at it’s best longer

Therefore creatine can be classified as a Nootropic

A study published in the Proceedings of the Royal Society B: Biological Sciences
took two groups of vegetarians and vegans

One group was given 5g of creatine/day over a 6-week period, while the second group received placebos

It is also considered a neuropeptide, or a molecule that resembles a protein and is used by neurons for communication.

Neurons in the brain use Nerve Growth Factor to communicate within short distances – neurons also use NGF for maintenance, development and practical functioning in our central and peripheral nervous systems

Essentially, the peripheral nervous system collects sensory messages (in the form of neurons) from the body

Then, it sends these neural messages to the central nervous system for interpretation by the brain.

NGF has shown to be present in the hippocampus, which is associated with memory

Sample Fasting Schedule – Hour by Hour – WHEN to Eat

What Causes Clubbing of the Nail?