You are here: Home1 / All Articles2 / Keto and Fasting3 / How LOW Salt Intake Makes You GAIN Fat

This Post Was All About How LOW Salt Intake Makes You GAIN Fat. 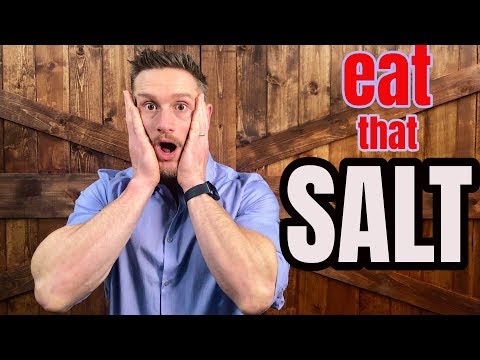 In the hindbrain, the nucleus of the solitary tract (NST) and adjacent area postrema (AP) play a critical role in monitoring body fluid homeostasis

These areas are sensitive to circulating Ang II and aldosterone, osmotic concentration, and changes in blood pressure

The NST projects to the lateral parabrachial nucleus (LPBN), and together these structures exert tonic inhibition on sodium appetite

Although structures along the LT and hindbrain detect when the body is in a state of a sodium deficit, these sensory areas must work in tandem with neural circuitry that promotes motivated behavior to promote thirst and salt appetite

Brain areas that mediate appetitive motivated behaviors essentially energize behavior (i.e., promote a state of physiological and psychological arousal) and direct behavior towards a goal object in the environment

An important neural pathway that appears to mediate all appetitive motivated behaviors is the dopaminergic projections from the ventral tegmental area (VTA) to the nucleus accumbens (NAc), referred to as the mesolimbic dopamine system

Spontaneous activity was 33% lower while responses to sodium salts lagged by a mean of 30%, to acids by 25% and to bitter salts and quinine by 17%

Mean activity to sugars was 60% higher in the deprived group

Activity in sugar- and salt-profile neurons was most affected:

In deprived animals, responses to sodium salts were lower by 80% among salt-profile cells while among sugar-profile neurons activity to these stimuli was nearly 10 times greater than in controls

In replete animals, 60% of sodium-induced activity was transmitted through salt-profile cells while only 1% occurred in sugar-profile neurons

In deprived subjects, this situation was nearly reversed as 7% of the total NaCl response was conveyed through salt-profile cells while the contribution of neurons with sugar-profiles rose to 46%

The Mental Health Benefits of Having a Pet

Butter vs Coconut Oil: Which One is Healthier?

Should We Eat Breakfast or Not?

Keto Did Not Work – My Hypoglycemia Came Back

Why the Strong Ammonia Odor in My Urine on Keto (Ketogenic Diet)?

How to Know You Are in Ketosis? Scroll to top