You are here: Home1 / All Articles2 / Keto Course3 / How Long to Get Adapted to Keto and Fasting [NEW SCIENCE]

How Long to Get Adapted to Keto and Fasting [NEW SCIENCE]

More specifically, you want help with How Long to Get Adapted to Keto and Fasting [NEW SCIENCE]?

This Post Was All About How Long to Get Adapted to Keto and Fasting [NEW SCIENCE]. 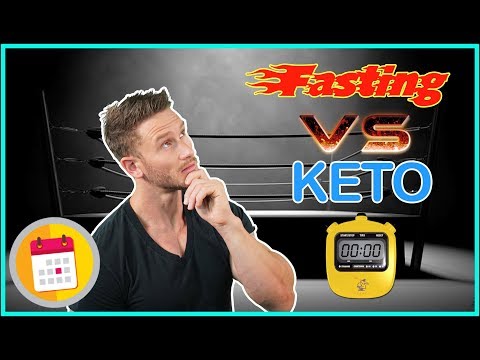 Special Thanks to Nicholas Norwitz – Ketone PhD Researcher and Harvard Medical Student who assisted with research.

How Long Does Keto-Adaptation Take?

Keto-adaptation, also called fat-adaptation, is the process by which the body physiologically adapts to a low-carb high-fat (LCHF) ketogenic diet by learning to use dietary and stored body fat as fuel. As practitioners and advocates of the LCHF/keto lifestyle can tell you, once you’ve made it through adaptation, which can be quite a struggle for some, the results can be amazing! From weight loss to diabetes reversal to mental clarity and so much more, the overwhelming consensus is that a well-formulated LCHF/keto lifestyle improves quality of life, particularly for those who struggle with chronic health issues. It’s the kind of thing you don’t believe until your experience it. So, how long does adaptation take?

Ask any LCHF/keto researcher, doctor, dietitian, or trainer how long adaptation takes and you’re likely to get a wishy-washy answer like, “we don’t yet know” or “it depends.” These are certainly truthful and responsible answers. The research on keto-adaptation is in its infancy. How quickly you adapt depends on how insulin sensitive you are to begin with, how rigorously you adhere to the diet, and whether you also exercise or fast. However, there is some research that provides insight into the duration of the adaptation period…

In order to even try to answer the broad question “how long does keto-adaptation take?” we first need to define the variable(s) we use to measure adaptation. So, what variables do researchers measure and how do they change overtime? Well, there are a lot of them: subjective experience, blood uric acid levels, respiratory exchange ratio, insulin sensitivity, inflammatory markers, mitochondrial density, and much more.

Focus on two main points that are easy to understand and of interest to many: athletic performance and muscle glycogen content. To start with the former, studies suggest that, while athletic performance tends to become impaired for the initial weeks on a ketogenic diet, around 4 – 6 weeks performance is back to baseline or better (Phinney S et al. Journal of Clinical Investigation, 1980; Phinney S et al. Metabolism, 1983). However, muscle glycogen content may take a lot longer to fully recover. Glycogen is the body’s stored form of carbohydrate, so when you restrict carbs glycogen stores decrease. However, your body can make glycogen for you from other molecules, including fat (despite the fact that most textbooks forget about the β-oxidation-ketone-methylglyoxal-analplerotic pathway and brush glycerol gluconeogenesis under the rug). And, as you keto-adapt, your body gets better at making and storing glycogen. Fascinatingly, although athletic performance (at least endurance performance) appears to recover after about a month of being in constant ketosis, a comparison among several studies shows that your resting glycogen stores continue to increase for at least 1.5 years! This suggests that, even if you think you’re fully adapted, your body may still be learning and changing in positive ways (Phinney S et al. Metabolism, 1983; La Fountain R et al., Military Medicine, 2019; Volek J. et al. Metabolism, 2016).

Even the shortest estimates for the most keto-compatible people (young insulin-sensitive athletes) suggest that keto-adaptation takes at least several weeks. So be patient with the process and don’t be too hard on yourself if things aren’t going well at the beginning. Stick with it, seek out help to troubleshoot your particular problems, and things are likely to get better. Second, even if you’ve been with keto for months and feel great, your body may still be changing and you may still have improvements to look forward to! And, third, because this process takes a while, be critical of the research you may read. All too often there are papers attempting to support the calories-in-calories-out model of weight control by comparing low-carb to low-fat diets, or claiming that keto impairs athletic performance, but usually these studies are short-term. It’s as if you took a people who never ran a day in their lives, forced them to run ten miles, and tested their ability to run the next day. If they didn’t do better, could you conclude that training doesn’t make you a better runner? Of course not! So be patient and continue to improve yourself.

Fructose: The Most Dangerous Sugar for Belly | Dr.Berg