You are here: Home1 / All Articles2 / Keto Course3 / How Intermittent Fasting Affects the Brain: Thomas DeLauer

This Post Was All About How Intermittent Fasting Affects the Brain: Thomas DeLauer. 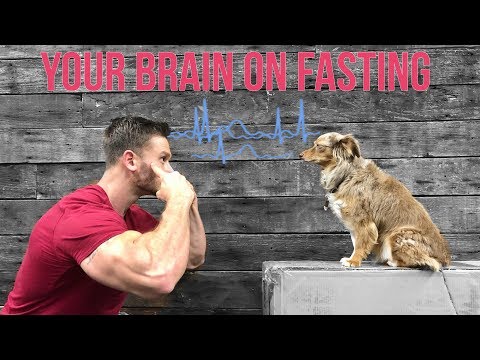 How Intermittent Fasting Affects the Brain: Thomas DeLauer…
Synaptic Activity:
The brain responds to nutrient scarcity (which occurs during fasting) by reducing synaptic activity – synapses are the connecting structures that allow chemical signals to be passed between neurons. So fasting blocks the synaptic activity of neurons that normally occurs in the brain, which essentially means that the brain slows down. Although a brain “slowing down” sounds undesirable, it may actually be beneficial for brain health – the brain’s way of conserving energy and giving itself a chance to recharge (1,2)

Neurotransmitters:
Because when nutrients are unavailable, an organism reduces neurotransmitter release and thus saves a good proportion of its overall energy expenditure. By reducing the release of neurotransmitters from synapses in the brain, fasting may also give the nervous system a break.
The process of neurotransmitter release is an energetically costly process, because of this high requirement for energy, it also generates waste including reactive oxygen species – could lead to oxidative damage in cells including neurons. So, tuning synaptic activity as a result of fasting might help limit the unwanted oxidative damage in the nervous system. Overactive synaptic activity is linked with neurodegenerative diseases such as Alzheimer’s, Huntington’s and Parkinson’s disease (1,2)

Fasting and BDNF:
When the brain is challenged by physical exertion, or extended periods without food, the body produces a protein called BDNF, which not only strengthens neural connections and increases the production of new neurons but can also have an anti-depressive effect. Simply, it helps neurons grow, and when they grow they can branch out towards each other making it easier for the neurons to communicate. BDNF interacts with neurons in the hippocampus, cortex, and basal forebrain (the parts of the brain that regulate memory, learning, and higher cognitive function ) and helps existing neurons survive while stimulating the growth of new neurons and the development of neuro-synaptic connectivity – low levels of BDNF are linked to Alzheimer’s, memory loss, and cognitive impairment (3,4)

Fasting and Ketones:
Fasting is known to increase ketones – beta hydroxybutyrate floats around in your blood and can cross different important barriers to be able to be turned into energy at all times. One of the most important areas where this happens is in the brain – the blood brain barrier is usually a very tightly regulated interface, but since BHB is so hydrophilic, your brain knows to let it in so it can bring energy at any time. It does this by going into the cell, then enters the mitochondria at which stage it cleaves the carboxyl acid group and becomes acetoacetate, which turns into acetoacetyl-CoA, which then is cleaved to acetone and acetyl-CoA. This jumps into what is called the Kreb’s cycle and is churned into ATP – the energy currency of your cells. Mitochondria numbers also increase in nerve cells when an individual fasts, since neurons adapt to stress by producing more mitochondria – means that neurons are better able to form connections between one another, which translates to improved learning and memory ability.
*Called mitochondrial biogenesis – the process by which new mitochondria are formed inside of cells* (5)

References: 1) How Fasting Allows The Brain To Recharge Itself. (2016, December 7). Retrieved from

2) Intermittent Fasting And The Brain – mindbodygreen. (n.d.). Retrieved from

5) What Is Betahydroxybutyrate or BHB? – Perfect Keto Exogenous Ketones. (n.d.). Retrieved from

6) Neuroscientist Shows What Fasting Does To Your Brain & Why Big Pharma Won’t Study It. (2017, February 27). Retrieved from /

Are You Serious Enough About COVID-19?

Join Dr. Berg and Karen Berg for a Q&A on Intermittent Fasting Scroll to top