You are here: Home1 / All Articles2 / Keto Course3 / How HIIT Scientifically Detoxes Your Body – Autophagy

More specifically, you want help with How HIIT Scientifically Detoxes Your Body – Autophagy?

This Post Was All About How HIIT Scientifically Detoxes Your Body – Autophagy. 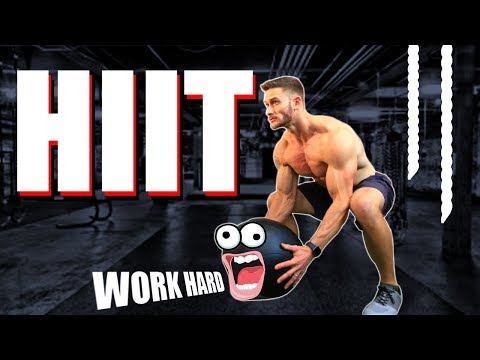 However, physical exercise imposes both enhancing and impairing effects on immunity, depending on the type and intensity of exercise

The following study assessed how HIIT (alternating 40% and 80%VO2max) and moderate intensity-continuous training (MCT, sustained 60%VO2max) for 5 weeks affected corresponding biological markers of apoptosis and autophagy, plasma IFN-γ and IL-4 levels that reflected the regulation of the Th1/Th2 balance, and pro-inflammatory cytokine and peroxide productions during hypoxic (12%O2) exercise (HE)

In terms of physical fitness, the results demonstrated that HIIT exhibited higher enhancements of pulmonary ventilation, cardiac output, and VO2at ventilatory threshold and peak performance than MCT did

However, 5 weeks of HIIT and MCT, but not CTL, promotes autophagy and potentiated apoptosis in CD4 lymphocytes caused by HE (hypoxic exercise)

Furthermore, both HIIT and MCT regimens lowered plasma *myeloperoxidase and interleukin-4 levels and elevated the ratio of interleukin-4 to interferon-γ at rest and following HE

*In regards to autophagy, exercise induced an increase in autophagy markers, such as Beclin-1, LC3-II, and p62*

Researchers concluded that HIIT is superior to MCT for enhancing aerobic fitness – Moreover, either HIIT or MCT effectively depresses apoptosis and promotes autophagy in CD4 lymphocytes and is accompanied by increased interleukin-4/interferon-γ ratio and decreased peroxide production during HE

*Myeloperoxidase (MPO), a protein secreted by white blood cells that both signals inflammation and releases a bleach-like substance that damages the cardiovascular system

1) Effects of Interval and Continuous Exercise Training on CD4 Lymphocyte Apoptotic and Autophagic Responses to Hypoxic Stress in Sedentary Men. (n.d.). Retrieved from

2) Effects of Interval and Continuous Exercise Training on CD4 Lymphocyte Apoptotic and Autophagic Responses to Hypoxic Stress in Sedentary Men. (2013, November 13). Retrieved from

How to Sleep Super Fast – MUST WATCH!

Do You Build Muscle DURING a Fast? Protein Synthesis & Fasting