This Post Was All About Holiday Fat Burner: Apple Cider Vinegar Drink Recipe. 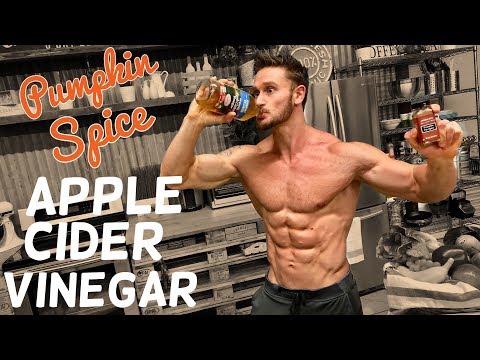 Cinnamon: Suppresses Appetite- Cinnamon has the unique ability to imitate the activity of insulin in the body – an ingredient in cinnamon, a water-soluble polyphenol compound called methylhydroxy chalcone polymer (MHCP), mimics insulin, activates its receptor, and works synergistically with insulin in cells. Insulin affects the ventral tegmental area (VTA) of the brain that responsible for reward-seeking behavior and overeating – Insulin dulls the synapses in this region of the brain and decreases our interest in seeking out food, which in turn causes us to feel less hungry. Stimulates Glutathione Production- Cinnamaldehyde, cinnamon’s main component, acts as a powerful antioxidant – activates Nrf2, Nuclear factor (erythroid-derived 2) Nrf2 produces two of the most important steps in creating glutathione: Glutamate–cysteine ligase, catalytic (Gclc) and glutamate–cysteine ligase modifier (GCLM), which bind together to form glutathione. Nutmeg: Cognitive Function- Nutmeg contains macelignan, which can reduce the degradation of neural pathways in the brain – been found to impede the reduction in cognitive function that is commonly associated with dementia or Alzheimer’s disease. Insomnia- Has a high content of magnesium, an essential mineral in the body that reduces nerve tension, and even stimulates the release of serotonin which creates a feeling of relaxation or sedation – serotonin is changed to melatonin in the brain, which is a sleep inducer. Ginger: Ginger contains gingerol, a natural appetite suppressant. Gingerol increases the body’s levels of leptin by simulating the release of it – Leptin is a hormone that regulates hunger and controls satiety. Ginger also reduces weight by suppressing cortisol production. Cortisol is a hormone produced during times of stress and can contribute to hunger, which causes the body to store fat. Study: A 2012 study published in the journal Metabolism examined the effects of ginger on a small group of men, ages ranged from 19 to 50. Found that those who consumed 2 grams of ginger powder after meals had reduced feelings of hunger for up to 6 hours after – Also ate an average of 47 fewer calories than non-ginger days (5) Cloves: Antimicrobial and antifungal properties- Cloves contain eugenol, a phenylpropene, that is commonly used by dentists because it is antiseptic and anti-inflammatory – fights bacteria and inhibits the growth of many fungi, including Candida albicans. Eugenol is a very powerful fat-soluble antioxidant, inhibiting the accumulation of fat peroxide products in red blood cells and maintaining the activities of the body’s antioxidant enzymes at normal levels – eugenol can be directly incorporated into cell membranes, which prevents lipid peroxidation right in place. Improved Digestion:
References:
1) The cinnamon-derived dietary factor cinnamic aldehyde activates the Nrf2-dependent antioxidant response in human epithelial colon cells. – PubMed – NCBI. (n.d.). Retrieved from

2) A hydroxychalcone derived from cinnamon functions as a mimetic for insulin in 3T3-L1 adipocytes. – PubMed – NCBI. (n.d.). Retrieved from

4) Multiple biological properties of macelignan and its pharmacological implications | SpringerLink. (n.d.). Retrieved from

9) Oil of Cloves: The Benefits of Eugenol. (n.d.). Retrieved from

10) Antimicrobial Activity of Vanillin and Mixtures with Cinnamon and Clove Essential Oils in ControllingListeria monocytogenesandEscherichia coliO157:H7 in Milk | SpringerLink. (n.d.). Retrieved from 4

Losing Inches But No Weight Loss?

Allergic to Water (Aquagenic Pruritus)? DO THIS