This Post Was All About HIIT (High Intensity Interval Training) Effect on Your Brain. 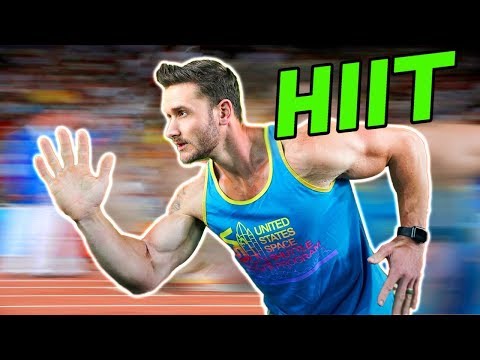 Exercise also stimulates the production of new blood vessels aka capillaries – as we make more blood vessels, there are more places for blood to flow, which results in more efficient circulation

Leads to increased blood flow to the brain

Another factor mediating the link between cognition and exercise is neurotrophins, which are proteins that aid neuron survival and function

When you exercise, your muscle cells pump out a protein called FNDC5 – this protein, by fragmenting into a second component called irisin, ramps up production of brain-derived neurotrophic factor, or
BDNF

It’s BDNF that stimulates the production of new neurons or nerve cells and actually helps your brain build new architecture – plus, BDNF protects nerve cells against damage, including damage related to aging

A study published in the journal PNAS found that in 120 older adults, that aerobic exercise training increased the size of the anterior hippocampus, leading to improvements in spatial memory

Intensity of Exercise (HIIT vs LISS)

Despite the last study looking at aerobic exercise, it’s been shown that HIIT leads to greater increases in BDNF than LISS as it places more stress on the body:

*Neurotrophins are proteins that help to stimulate and control neurogenesis, BDNF being one of the most active*

*Note that mild stress can increase adult neurogenesis, while prolonged and unpredictable stress has an opposite effect

When the hedonic component of a physical activity is more significant than the stress response, it may increase the levels of growth factors (BDNF, fibroblast growth factor-2 (FGF-2), insulin-like growth factor-1 (IGF-1) and vascular endothelial growth factor (VEGF)) and neurotransmitters (serotonin (5-HT)) in the hippocampal formation (HF) enough to promote neurogenesis

Neural progenitor cells (NPCs) activated to produce neurons have been identified in the subgranular zone (SGZ) of the dentate gyrus (DG) of the hippocampus and the subventricular zone (SVZ) of the lateral ventricles in rodents, primates, and humans

Exercise leads to an increased cerebral blood flow and angiogenesis and affects blood-brain barrier permeability to increase accessibility of NPCs to blood-derived growth factors, such as VEGF

Running can induce increased hippocampal BDNF levels, leading to increased neurogenesis – supports the existence of quiescent NPCs in the hippocampus, which can be activated when they are challenged

How to Lower Your Cholesterol on Keto (Ketogenic Diet)

How to Reverse Insulin Resistance Scroll to top