You are here: Home1 / All Articles2 / Keto Course3 / Gut Bacteria and Mental Health: How Inflammation Affects Us: Thomas D...

This Post Was All About Gut Bacteria and Mental Health: How Inflammation Affects Us: Thomas DeLauer. 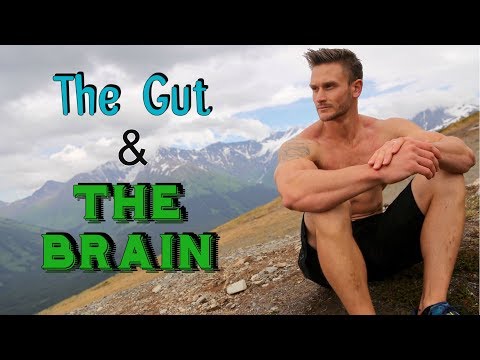 Microbes begin residing within human intestines shortly after birth. These microbiomes are vital to the development of the immune system and various neural functions – known as the gut-brain axis

An increasing body of research results confirms the importance of the “gut-brain axis” for neurology and indicates that the triggers for a number of neurological diseases, specifically anxiety and depression, may be located in the digestive tract

How the Gut Interacts with the Brain

The gut is connected to the brain via the vagus nerve, the enteric nervous system, and the gut-brain axis.

The vagus nerve extends from the brainstem down into the neck, thorax, and abdomen. The nerve exits the brainstem through rootlets in the medulla that are caudal to the rootlets for the ninth cranial nerve

The vagus nerve supplies motor parasympathetic fibers to all organs except adrenal glands, all the way from the neck down to the second segment of the transverse colon. It helps regulate heart rate, speech, sweating, and various gastrointestinal functions.

This enables motor neurons to influence the activity of the smooth muscles in the gut wall and glandular secretions such as digestive enzymes, mucus, stomach acid, and bile

Finally, the gut-brain axis consists of bidirectional communication between the central and the enteric nervous system, linking emotional and cognitive centers of the brain with peripheral intestinal functions.

There is strong evidence from animal studies that gut microorganisms can activate the vagus nerve and play a critical role in mediating effects on the brain and behavior. (1)

Connections between the gut and the brain/Anxiety and Depression

No one knows the exact ingredients for a healthy microbial gut; however, having a diet rich in probiotic foods to maintain a healthy gut seems like the way to go

They generate a particular neurotransmitter called gamma-aminobutyric acid (GABA) and also enhance the brain receptors for GABA as well.

GABA is calming amino acid, known to calm areas of the brain that are over active in anxiety and panic and in some forms of anxious depression.

3) How Your Gut Affects Your Mood | FiveThirtyEight. (n.d.). Retrieved from

4) The Gut Microbiome, Anxiety and Depression. (n.d.). Retrieved from e

Does Apple Cider Vinegar HELP or BREAK Your Fast?