You are here: Home1 / All Articles2 / Keto Course3 / Guide to Clean Keto vs. Dirty Keto

More specifically, you want help with Guide to Clean Keto vs. Dirty Keto?

This Post Was All About Guide to Clean Keto vs. Dirty Keto. 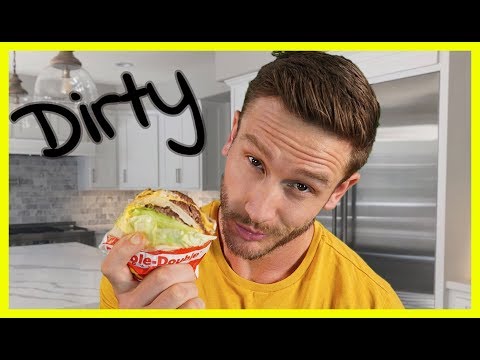 These videos don’t just involve me, I want to give a HUGE THANKS to Nicholas Norwitz – Ketone PhD Researcher and Harvard Medical Student who assisted with research. HUGE up and coming Keto scientist!

On the clean keto diet, you eat a fixed macronutrient breakdown of mostly healthy fats, high-quality protein in moderation, and restricted carbohydrates

You get most of your calories from healthy fats found in foods like avocados, grass-fed butter, olives, olive oil, coconut oil, nuts, and seeds.

You can also eat all of the non starchy, leafy vegetables you want, as well as other low-carb vegetables like broccoli, peppers, cauliflower, green beans, asparagus, cucumber, and zucchini

Dirty keto follows the same macronutrient breakdown of fats, protein, and carbs as clean keto, with one major difference: It doesn’t matter which foods those macros come from

The Omega-3: Omega-6 ratio of different eggs can vary from 2-40 fold – it’s a big range, but the point is that there is, at minimum, a two-fold difference

Additionally, a review from Cambridge Core compared to eggs of caged hens and pastured hens, and found that pastured hens’ eggs had twice as much vitamin E

We are more than half bugs; for every human cell in our body there is at least one bacterial cell.

While we are 99.5% genetically identical to one another, and our genes are a constant for each of us, we are about 20% identical with respect to our microbiomes, and we can change our microbiomes through diet.

A study from Nature found that depressed patients have lower levels of certain gut bugs, like Dialister and Coprococcus

The study looked for links between gut microbes and depression among over 2,100 adults taking part in two health studies

The investigators found that levels of two specific groups of gut bacteria — Coprococcus and Dialister — were “consistently depleted” in people with depression.

Both types of bacteria break down dietary fiber to produce an anti-inflammatory compound called butyrate.

This case study that showed an Omega-3-rich diet could increase Coprococcus and, subsequently, in just two weeks

This case study investigated changes of gut microbiota with an omega-3 rich diet. Fecal samples were collected from a 45-year-old male who consumed 600 mg of omega-3 daily for 14 days.

After the intervention, species diversity was decreased, but a couple butyrate-producing bacteria increased:

§ This is a great review on PUFAs by Patterson et al 2012 to check out: I’ve picked out some points from it, below:

§ Omega-6-Omega-3 substrate competition: “LA [Omega-6] is converted to [pro-inflammatory] arachidonic acid. By the same set of enzymes, ALA [Omega-3] can be converted to EPA and DHA.”

§ This is a good review on Omega-6 and heart disease:

IGF-1 and growth hormones in modern dairy; A1 vs. A2 casein (

Dr. Berg and Karen Live Keto Q and A

Should a Woman Who is Pregnant or Breastfeeding do Intermittent Fasting?

The Benefits of Breastfeeding

The Ketogenic Diet Plan for Beginners