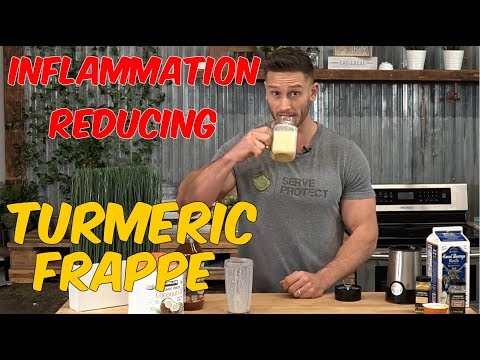 MCT Oil 3: In traditional Thai medicine, the coconut has been used for centuries for a wide variety of ailments. In multiple studies, coconut oil has been found to possess anti-inflammatory effects. Virgin coconut oil has been shown to exhibit anti-inflammatory effects on ear edema and paw edema in rats. This effect was thought to be partly due to reducing granuloma formation, transudative weight, and serum alkaline phosphatase activity.

Turmeric: The mechanisms through which turmeric reduces inflammation are thought to be, lowering the levels of two pro-inflammatory enzymes in the body and stopping the formation of blood clots through stopping platelets from clumping together. Case Study – Curcumin Reduces Inflammation Caused by Exercise-Induced Muscle Damage in Mice 5. 2007 study published in the American Journal of Physiology-Regulatory, Integrative and Comparative Physiology.
Conclusion: In mice, curcumin may reduce inflammation and improve performance following eccentric exercise-induced muscle damage.

Ginger 6,7: Case Study- Human Study of Ginger finds it to be More Effective than Placebo for those Suffering from Osteoarthritis.
2001 study published in Arthritis & Rheumatology- 261 knee OA patients with pain ranging from moderate to severe took part in a randomized, placebo-controlled, double-blind, parallel-group, multicenter, 6-week study to evaluate ginger extract versus placebo in reducing “knee pain on standing.”
Findings: Those in the ginger group on average reported a greater reduction in knee pain on standing, knee pain after walking 50 feet, and Western Ontario and mcMaster Universities osteoarthritis composite index. On average the ginger extract group experienced a larger reduction in the intake of rescue medication when compared to the placebo group. Global status was on average improved more in the ginger extract group.

Diet Rant: Why No ONE Diet is Best- (My Beef with the Fitness Industry) Thomas DeLauer