You are here: Home1 / All Articles2 / Keto Course3 / Gluten Free Diet: What Happens When You Eat Gluten- Thomas DeLauer

This Post Was All About Gluten Free Diet: What Happens When You Eat Gluten- Thomas DeLauer. 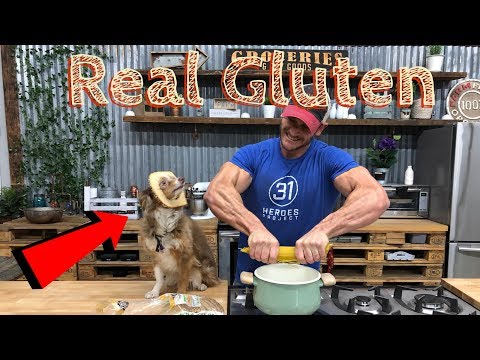 Glutenous Carbs- Gluten refers to several different types of protein found in wheat, barley and rye. When you mix water, yeast and gluten-containing flour, then knead them together, the gluten proteins form an elastic-like web that traps the gases produced by yeast. As gases caught in the gluten matrix expand, they make the dough rise – when the dough is baked, gluten proteins help the bread maintain its shape and texture.

Gluten and Inflammation/Stomach- The proteins in wheat are gut irritants: they’re like that paper cut or splinter digging into the lining of your gut, causing an inflammatory response. Inflammation from wheat is a problem even for people who aren’t sensitive to gluten specifically – amylase trypsin inhibitors (ATIs for short) can provoke an inflammatory immune response in the GI tract by stimulating immune cells. *ATIs are pest resistance molecules in wheat, as strong activators of innate immune responses in monocytes, macrophages, and dendritic cells* Inflammation in the gut contributes to a problem called intestinal permeability. The gut has a very complex system of “border control” that lets digested food into your bloodstream (this is how you get nutrients from it) while keeping everything else out. Every day, you swallow millions of random viruses, bacteria, indigestible molecules like dust, and other stuff that needs to go out the other end, not into your bloodstream. Inflammation in the gut loosens the junctions between cells in the gut wall so too much stuff can pass through – often described as making the gut “leaky.” On top of inflammation leading to increased permeability, gluten accelerates this process by stimulating the release of a protein called zonulin.

Zonulin independently contributes to loosening the junctions between cells in the gut. Add together the inflammation and the zonulin, and gluten has a powerful effect on gut permeability. This can lead to bloating, fatigue, mood swings, and hinders nutrient absorption (nutrient absorption in the large intestine is impaired, resulting in a reduced amount of nutrients being absorbed from food)

Gluten and the Brain- Gluten-triggered inflammation in the gut can instigate inflammation in the brain, referred to as neuroinflammation. Consumption of gluten triggers dysbiosis and gut inflammation and increases the permeability of the intestinal barrier. Increased intestinal permeability allows lipopolysaccharides (LPSs) produced by gut bacteria to leak out of the intestine and into the systemic circulation – leaked LPS’s trigger the immune system to release pro-inflammatory cytokines. LPSs and pro-inflammatory cytokines in the circulation cause toxins to accumulate in the blood stream, inciting systemic inflammation. When systemic inflammation reaches the brain, it creates neuro-inflammation. Neuroinflammation leads to brain dysfunction, cognitive impairment, and an increased vulnerability to neurodegenerative diseases (depression, anxiety, schizophrenia, etc.)

References:
1) 6 Reasons Why Gluten Is Bad for Some People. (n.d.). Retrieved from

3) The 14 Most Common Signs of Gluten Intolerance. (n.d.). Retrieved from

Vitamins & Minerals at Walmart – What to Get and AVOID