This Post Was All About Full Beginner Keto Meal Plan: Exactly What to Eat. 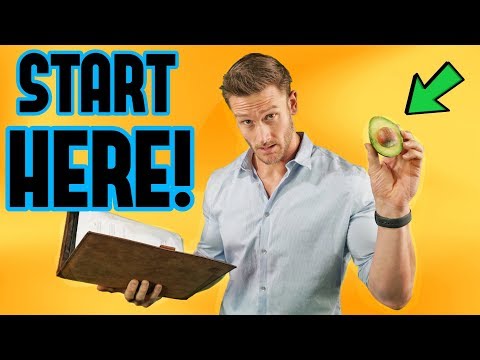 ALL FULL DETAILS ARE LISTED IN THE VIDEO. THE DESCRIPTION SHARES BASIC DETAILS SO YOU HAVE AN IDEA, BUT IT MAKES MORE SENSE TO EXPLAIN AMOUNTS AND REASONING IN THE VIDEO ITSELF.

DISCLAIMER – THIS VIDEO IS FOR INFORMATIONAL PURPOSES ONLY AND IS NOT DESIGNED TO REPLACE MEDICAL ADVICE. IT IS TO LEARN THE BASIC BREAKDOWN OF AN ENTRY LEVEL KETO DIET!

(highest fat) – Because you can handle it better in AM

Any Supplements with Breakfast discussed in video, but Magnesium is important

Leaner to force body to pull from stores. I explain this process in depth during the video and give the breakdown of macros, etc.

Once again, this is just an idea, the more accurate amounts to get started are in the video.

Lemon Juice, ACV Drink – broken down in detail in the video as well

Moderate Fat to help body generate ketones again after a lower fat lunch and mini-fast between lunch and dinner.

Higher Fat in the Morning

Conversely, “fuel accumulation” genes, such as those involved in cholesterol biosynthesis (HMGCR, HMGSC1), LDL receptor (LDLR), and glucose transport (GLUTS 1, 3, 5 and 14) have low levels in the morning and rise in the afternoon (negatively, correlated with PER1 mRNA)

It bonds with specific receptor sites that open up the cell membrane and allow other mineral ions to enter, such as calcium and potassium – these ions help regulate muscle contractions

Also binds to GABA receptors and activates them, which promotes sleep and reduces anxiety and stress

Palmitic acid has a critical role in cellular membrane functionality by affecting their ‘flexibility’ and permeability and it forms reversible links to cell membrane proteins, thus being involved in regulating the ‘traffic’ of molecules in and out of cells and inter cells ‘communication’

Brain Health: Omega 3’s are made up of two primary components: EPA and DHA – they support cellular membranes and keep them flexible – maintaining the fluidity of the cell membranes allows for proper communication between nerve cells and, therefore, helps to support focus and mental clarity

DHA and EPA play vital roles in neuronal structure and function, protecting them from oxidative damage, inflammation, and the cumulative destruction inflicted by other chronic insults

As part of the mitochondrial electron transport chain, coenzyme Q accepts electrons from reducing equivalents generated during fatty acid and glucose metabolism and then transfers them to electron acceptors.

qAt the same time, coenzyme Q transfers protons outside the inner mitochondrial membrane, creating a proton gradient across that membrane. The energy released when the protons flow back into the mitochondrial interior is used to form ATP

What Causes Migraines and Where it Come From Explained by Dr.Berg

What Food Does Dr. Berg Eat?

How to Make Homemade Mayonnaise