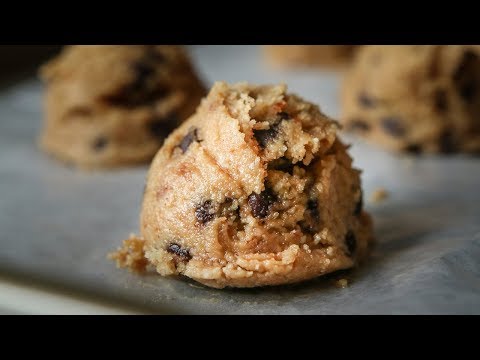 These peanut butter chocolate chip fat bombs are one of the best keto diet recipes you’ll ever make! They’re a great keto snack idea, and perfect for when you’re on the go. Plus, these cookie dough fat bombs are just SO EASY TO MAKE, they’re great for beginners!

Add all ingredients to a large bowl

Mix with a spatula until crumbly

Use your hands to form a ball of dough

Refrigerate for atleast an hour

Store in a ziplock bag in the fridge once they’re done setting.

The OTHER Cause of Sciatica Pain

Multivitamin Research: Should You Be Taking Them? – Thomas DeLauer Scroll to top