You are here: Home1 / All Articles2 / Keto Course3 / Fasting and Keto Overview: LIVE ON STAGE

More specifically, you want help with Fasting and Keto Overview: LIVE ON STAGE?

This Post Was All About Fasting and Keto Overview: LIVE ON STAGE. 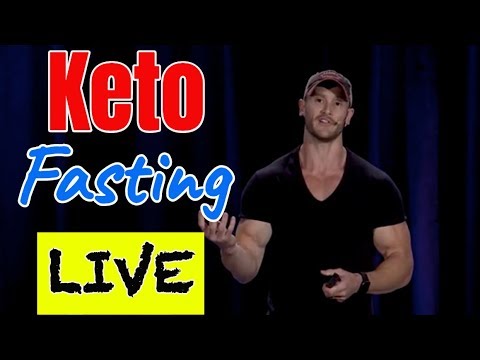 The whole LDL/HDL thing is definitely not something we really need to be concerned with anymore. There’s various forms of LDL.

I’m not an expert in that world because I can go down that rabbit hole really deep if I wanted to, but VLDL, various particle sizes, and we’re starting to uncover that. LDL delivers cholesterol, HDL brings it back to the liver for processing.

Of course, we need to still delivery cholesterol, we need to deliver cholesterol for so many different cell functions, so why is LDL bad? Well, LDL is only considered bad if you have high levels of inflammation already. Inflammation is going to make it so the cells in the LDL receptors become somewhat inflamed which triggers a bunch of macrophages, a bunch of white blood cells to pool up around an LDL receptor and cause literally inflammation and swelling at the arterial level.

Then, and only then, does plaque really develop. It’s developing because of the inflammation.

I’m just curious, what do you guys think the biggest driver of inflammation is in our diet? All right, sugar. There you go. It’s not so much about the fats, the fats just happen to kind of get wrongfully accused.

It really is the sugar that’s triggering this and the ketogenic diet, by default, is so anti-inflammatory because beta-hydroxybutyrate is one of the biggest thing that can blunt nuclear factor-kappa B, tumor necrosis factor-alpha, interleukin 6, all these bit cytokines that drive inflammation, and it blunts it.

So, therefore, our cholesterol levels don’t matter … I should be very careful saying this, but they don’t matter as much when you’re on a keto diet because you’re blunting inflammation that would normally cause that to ever be a problem.

Now, this one is getting kind of fun too. Cortisol. This is a whole new world that I’m just starting to scratch the surface on, so you can expect some more content on this coming up because cortisol, it’s good and bad. We have to take the good and the bad with it.

So, men are less likely to seek out social support when stressed and mean cortisol responses have been shown to be 1.5 to 2 fold higher in men compared with women. So, men tend to have more cortisol. Surprise, surprise. Right?

I think women tend to manage stress, they can handle kids, having one kid of my own I don’t know how my wife does it. So, men, we tend to freak out a little bit more with it.

Why Calcium May NOT Help Your Osteoporosis, But Might Instead Cause a Heart Attack

Why Are My Feet Shrinking on Keto (Ketogenic Diet)?

Dangers and Benefits of Erythritol