Fasting 101: Do Electrolytes BREAK a Fast or HELP?!

More specifically, you want help with Fasting 101: Do Electrolytes BREAK a Fast or HELP?!?

This Post Was All About Fasting 101: Do Electrolytes BREAK a Fast or HELP?!. 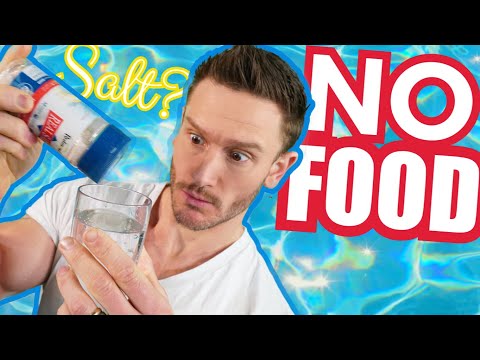 It’s important that I am honest and to say that this video does have a sponsorship from Redmond Real Salt, supporting them is a good way to support my channel!

Study – The American Journal of Medicine

This study, entitled, “Fasting—A review with emphasis on the electrolytes” stated that:

Sodium excretion is also enhanced early in fasting, declining progressively to between 1 and 15 mEq/day = 23 to 345mg/day (losses that persist even through prolonged caloric deprivation)

During a prolonged fast, your kidneys can excrete magnesium quite quickly – in a study from the The Journal of Clinical Endocrinology & Metabolism, the kidneys of participants on a 2 month fast, were excreting magnesium at a rate 4-5 times higher than normal

When we have lower insulin levels, our kidneys excrete more sodium, which can lead to a lower sodium/potassium ratio – sodium is the major cation (positively charged ion) found outside the cell and regulates the total amount of water in the body

Potassium is dependent on sodium to be effective…

This property allows potassium concentration gradients to create electric currents that are absolutely required for muscle cells (skeletal, intestinal, & cardiac) to contract and for neurons to fire action potentials and communicate with each other.

Neurons and nerves work by firing electrical signals to one another called “action potentials.” To create these action potentials, they need to create an electrical current, which they do by changing the concentrations of ions – sodium and potassium – across their cell membranes to change “electrochemical gradients” and, thereby, change voltage.

By letting potassium out of the cell (potassium is more concentrated inside cells than outside cells, while sodium is the opposite), the neuron resets its voltage so it can fire another action potential.

Magnesium, as we know, is a cofactor in over 350 enzymatic reactions in the body – it also plays a role in transporting calcium and potassium ions across cell membranes

What is called ATP is often actually Mg-ATP

Another study, published in Anesthesiology, found that magnesium inhibits the hypertensive but not the cardiotonic actions of low-dose epinephrine

What is the Best Diet for Diabetics and Why

How to Break a Fast For Women [Female Fasting Instructions]

Key Foods on a Ketogenic Diet

The Benefits of Mucus
Scroll to top