You are here: Home1 / All Articles2 / Keto Course3 / Eat this Fat NOT that Fat: Comparing Different Fats

Eat this Fat NOT that Fat: Comparing Different Fats

More specifically, you want help with Eat this Fat NOT that Fat: Comparing Different Fats?

This Post Was All About Eat this Fat NOT that Fat: Comparing Different Fats. 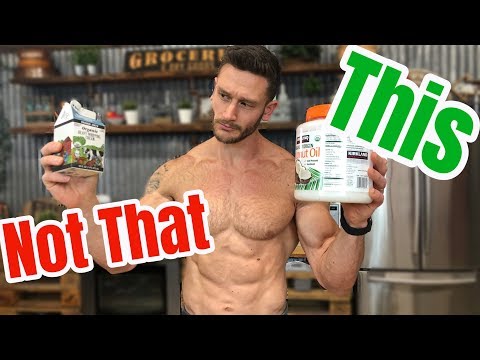 Ghee, a type of clarified butter, which is a fancy term for pure butterfat – while it has similar properties to regular butter, ghee is like an upgraded version with a richer taste, higher smoke point, deeper color, and more nutrients

Ghee and butter are made up of different components – Butter on its own is comprised of butterfat (churned from cream), water, and milk solids; Ghee, which is rendered from butter, is only made up of butterfat

Ghee also contains butyric acid, a short-chain fatty acid – butyric acid is an essential nutrient for the digestive system because it helps maintain healthy cells throughout the GI tract, and provides energy to the cells in your large intestine

Ghee is a rich source of the essential fat soluble vitamins: A, D, E, and K.

Contain palmitoleic acid, which has been shown to be a major component of myelin, the fatty, protective coating around your neurons

This protects your long-term brain health, fending off neurodegenerative diseases and mental disorders

The dominant fatty acid in coconut oil is lauric acid, which comprises about 50% of the total fat content

Lauric acid is most well-known for its antimicrobial properties, since it’s the precursor to monolaurin, a more powerful antimicrobial agent that is able to fight viruses and bacterial infections

When lauric acid is digested, enzymes within the digestive tract form the valuable type of monoglyceride called monolaurin

However, rats fed the HLF diet consumed more calories and gained more weight and body fat with greater increases of 32% in total, 30% in visceral and 36% in subcutaneous fat mass, compared with rats fed the HVF diet

Polyunsaturated fats are the least stable fats as they have multiple binding sites exposed, making them particularly open to oxidation – lot’s of available spaces for the free radicals to enter and mess with the fat

Monounsaturated are relatively stable in comparison to polyunsaturated fats. “Mono,” meaning one, indicates that there is one place for a free radical to enter

Avocado oil is high in vitamin E and contains chlorophyll, a natural source of magnesium, which naturally removes heavy metals like mercury and lead from the liver, kidneys, brain and other organs

Low Iron Levels? You Need to Watch This