This Post Was All About Dr. Berg Interviews Professor Thomas Seyfried Ph.D: Cancer is a Side-Effect. 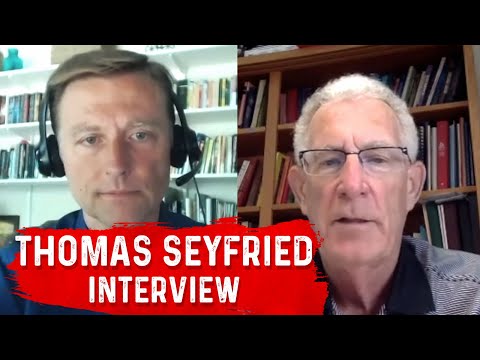 Donate to Alternative Research to help fund Professor Seyfried’s research:
(100% of the funds go to this research)

Who is Thomas Seyfried:

http://bit.ly/2t7KFT1
Well, hey everyone! I’m excited to bring you an amazing guest, Professor Seyfried. His the author of this book right here (as a Metabolic Disease). This is my new favorite book, incredible. You need to a little bit of biochemistry to get through it but there’s a lot parts that are really easy to understand. Professor Seyfried has taught and conduct a research in this field of neurogenetics, neurochemistry for more than 25 years at Yale University whilst in college. He’s published more than a 150 scientific articles and book chapters and has an editorial boards of nutritional metabolism, journal of lipid research, neurochemical research and ASN neuro. So, welcome and I really appreciate you spending some time talking with me today.

Professor Seyfried: Thanks Eric, it’s nice to be here.

Professor Seyfried: Yeah, well. There are many differences, the prime difference in my mind is the difference in the way the cells generate energy and all the cells in our body needs to generate energy, and otherwise they die. I mean, energy is energy. So our whole bodies, we breathe in oxygen and we give off CO2 and produce water as byproducts of aerobic respiration and that is the primary way that most of the cells in our bodies generate energy. The tumor cells on the other hand pretty much functions without oxygen. So in order to function without oxygen, this is referred to as fermentation, ancient pathway by which cells can generate energy without oxygen. All tumor cells as far as I can see and as far as I’ve looked at are more dependent on fermentation for energy than they are for respiration for energy using the oxygen. So this is why they live in high toxic environments they can survive in this environment because they can primarily ferment. And when you ferment, you become limited in the types of fuel that you need.

Keto Diet Guide: How to Measure your Ketones Properly

How to Get In Shape with Intention? – Thomas DeLauer

My Home Gym Tour – How I Built my Garage Gym

Can I Drink Coke Zero on Keto Diet? – Dr.Berg Scroll to top