This Post Was All About Dr. Berg Interviews Keto-Carnivore Coach Tristan on Organ Meats. 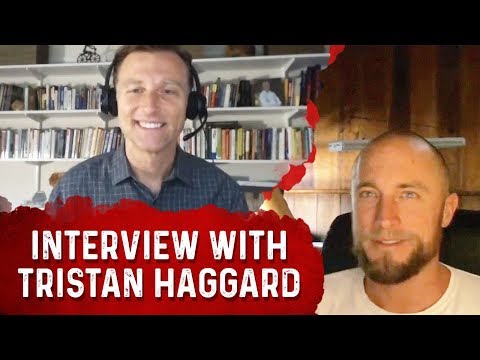 Dr. Berg: Hey guys, welcome! We have a great special guest today, Tristan is here. He is a famous YouTube guy. He is basically.. I kind of think he is off the grid, he is really not to a full degree. I guess you can explain…

Dr. Berg: I know, you’re a high tech. It’s I guess what I admire about you, you are basically are doing what you really want to do. You just, apparently lot of people wanted just move to some place where it is out of the society and like you just basically did it with your family and you’re living off the land it seems like so that’s pretty admirable

Tristan: Well, thanks man.. I really appreciate it. You know, I mean, we don’t necessarily. I, when I hear living off the land, I would of course I’ll go to kind of an extreme of like what it’s actually like to live completely off of your own land. It’s something I think is a beautiful idea but in the modern world it’s kind of almost to do. You know, I mean without proper training, we haven’t been trained generationally to even though we have to feed ourselves by going to the grocery stores. Right? We don’t even understand what to buy in the grocery store nonetheless how to completely harvest our own land so I think it’d be so cool to live off of our own land.

Tristan: I think one day.

Tristan: Yes, well we do have cows. We haven’t eaten any of our own cows at this point. We plan on eating most of these cows, some of these cows were ready to be eaten almost now so.. yea we do we got a bunch of chickens and we’ve got a dog that eats more of our chickens than we do because we get a lot of eggs.

Get Rid of Stiffness and Feel a Lot Younger

The 5 Tips to STOP Grazing & Snacking