You are here: Home1 / All Articles2 / Keto Course3 / Dr. Berg Interview Dave Feldman on the Truth About LDL Cholesterol

This Post Was All About Dr. Berg Interview Dave Feldman on the Truth About LDL Cholesterol. 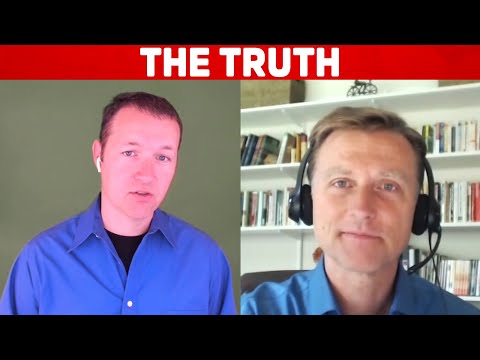 Dr. Berg: Hey guys I have a special guest today, Dave Feldman. He is a senior software engineer. He is the master at cholesterol. As far as the ketogenic diet goes, there’s so many people that have questions aout all different aspects. But one we are gonna focus on today has to do with what happens when your cholesterol goes up because Dave is the man to go to. I mean I think it really takes someone from the outside from that profession that has enough space, enough data on logic and systems and looking at the computers to really observe this interesting phenomena. Because I think our body is very similar to the computer. It has circuits, and systems, feedback and loops. I guess, let’s just talk about the most important thing I want to bring up. Can we discuss what happens when you do ketogenic diet, doing intermittent fasting and all of the sudden your cholesterol goes up and you start freaking out. Is that a concern? Let’s talk about that.

Dave: Well, of course for the pre-original comment I like to joke that the human body is doing a cloud computing long before we were. And indeed, just like a computer it can be a bit complex so I try not to answer should I be concern or shouldn’t I be by a single marker. But I will say this, I will say that to this very day, I am finding more and more that LDL is one of the least useful markers to look at to determine your metabolic health. And actually there is a very mechanistically sensible reason for your LDL to climb when you are going to a low carb ketogenic diet if you are being fueled by fat a lot more. And so I am gonna try not to get into the weeds too much, I sort of want to keep this you know friendly for any audience member. But one of the most common misconceptions that does need to get relieved is that, many people believe that when you are in the ketogenic diet that all of the fat you eat gets burned into.. or gets broken down into ketones and it’s not actually true. A fraction of fatty acids you ingest will turn into ketones and that is especially important for the brain. But actually the majority of energy that your tissues are using are in the form of fatty acids that you are ingesting and that are also stored in your fat cells in the body that are provided directly to your cells and what of the means by which they are provided are in this kinds of boats that I know you talked about in some of your videos before that we like to call lipoprotein, it is lipids carrying proteins. These boats are actually amazing. It’s the genius of the human body that it makes it because it carries all of the different lipids, these fats that includes not just for using of energy but also include cholesterol and cholesterol is a common misconception, people think of cholesterol as being the same as poison almost and that our body is weirdly are making this poison to kill us. But the truth is cholesterol is in every single cell in your body. In fact, the animal kingdom could not function without cholesterol holding the membranes of every single one of those cells together.

This video is not designed to and does not provide medical advice, professional diagnosis, opinion, treatment or services to you or to any other individual. Through my videos, blog posts, website information, I give suggestions for you and your doctor to research and provide general information for educational purposes only. The Health & Wellness, Dr. Berg Nutritionals and Dr. Eric Berg, D.C. are not liable or responsible for any advice, course of treatment, diagnosis or any other information, services or product you obtain through this video or site.
#keto #ketodiet #weightloss #ketosis

Insulin Resistance of the Brain: MUST WATCH!

Tighten Loose Skin With Your Own Human Growth Hormone (HGH)

Another Reason Why You Should do Healthy Keto

Intermittent Fasting & When Do I Exercise