Don’t Take These Supplements if You’re Over 50!

More specifically, you want help with Don’t Take These Supplements if You’re Over 50!?

This Post Was All About Don’t Take These Supplements if You’re Over 50!. 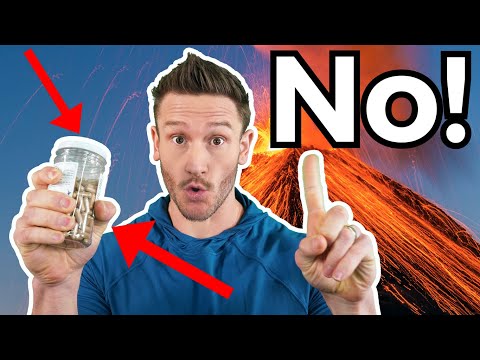 It’s important that I am honest and to say that this video does have a sponsorship from Four Sigmatic, supporting them is a good way to support my channel!

Irresponsible and uninformed choice of supplement can lead to various issues and possibly to hospitalization. According to estimations published in New England Journal of Medicine, 23000 emergency department visits per year are related to the use of supplements.

A soy-based supplement is used as an alternative to menopausal hormone therapy (MHT). In early 2000’ MHT was associated with increased risk of CVD and breast cancer and since then the sales of soy-based supplements are rising. Thanks to their structural similarity to oestrogen, isoflavones can bind to oestrogen receptors. This can result in both anti and pro-tumour stimulation and the effect of isoflavones was therefore carefully studied.

In a study published in The American Journal of Clinical Nutrition, 76 172 women were followed for 11 years. This study reported that risk of less prevalent but more dangerous ER- breast cancer is increased during consumption of soy supplements. Especially survivors and women with a family history of breast cancer should avoid soy-based supplements.

Furthermore, in a meta-analysis published Cochrane Database of Systematic Reviews phytoestrogens were not found to be an effective treatment of menopausal symptoms.

Journal Drug and Alcohol reported that long-term consumption of Kava is associated with an increased score of liver tests. This Gamma Glutamyl Transpeptidase test can imply possible problems with bile production. The overall liver toxicity evidence remains to be fully established but case studies are numerous. As liver progressively loses its ability to regenerate with increased age, people over 50 should avoid this herbal supplement or limit it to only occasional use.

Instead:
One of the safest and for our body very natural supplement is magnesium. Magnesium was found to increase levels of GABA and help us relax and sleep better.

Calcium supplements may increase the risk of kidney stone recurrence

In a study published in Cancer Research, 674 breast cancers were analysed. Out of 61 genes of iron metabolism genes, 49% were associated with genes of breast cancer progression. Iron is stimulating proliferation, growth, essential features of growing tumour. On top of that, its pro-oxidant activity can induce DNA damage and mutations – another hallmark of cancer.

Prostate cancer has a prevalence of 11% in men and only very rarely occurs in men under 40 years. In a study published in the Journal of the National Cancer Institute researchers assessed the effect of selenium in 1739 men:
/

How Much Water Do We Get From Vegetables?

The Tongue Can Determine a Vitamin C Deficiency
Scroll to top