You are here: Home1 / All Articles2 / Keto and Fasting3 / Does Soreness = Muscle Growth?

More specifically, you want help with Does Soreness = Muscle Growth??

This Post Was All About Does Soreness = Muscle Growth?. 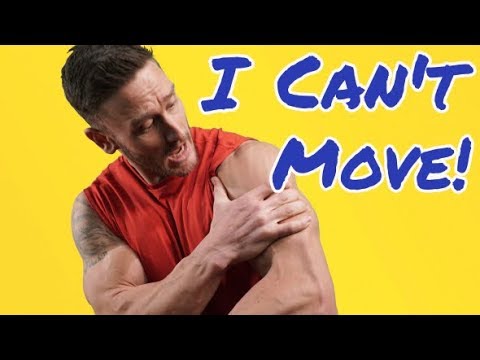 Even well-conditioned athletes can get DOMS, if they train harder than usual – but as muscles get familiar with a specific stress, they quickly adapt and react much less strongly

That is, what you think is “muscle soreness” is at least partially (if not more) “connective tissue” soreness

A study published in the The Journal of Physiology had 8 untrained males (22-27 years) perform 210 maximal eccentric contractions with each leg on an isokinetic dynamometer, voluntarily (VOL) with one leg and electrically induced (ES) with the other leg

Assessments from the skeletal muscle were obtained prior to exercise and at 5, 24, 96 and 192 h post exercise – muscle tenderness rose in VOL and ES after 24 h, and did not differ between groups

In contrast, a significant disruption of cytoskeletal proteins (desmin) and a rise of myogenic growth factors (myogenin) occurred only in ES
Intracellular disruption and destroyed Z-lines were markedly more pronounced in ES (40%) compared with VOL (10%)

Finally, staining of the intramuscular connective tissue (tenascin C) was increased equally in ES and VOL after exercise

Demonstrating that in human muscle, the delayed onset of muscle soreness was not significantly different between the two treatments despite marked differences in intramuscular histological markers, in particular myofiber proteins and satellite cell markers

In other words, it demonstrated that at least some of the pain of muscle soreness stems from the connective tissue holding muscle fibers together, not from the actual fibers themselves

That is, what you think is “muscle soreness” is at least partially (if not more) “connective tissue” soreness

The LFRT performed a split-body routine, training each specific muscle group once a week

The HFRT performed a total-body routine, training all muscle groups every session.

They compared training a muscle once a week with a full-body workout performed five times a week, Monday through Friday

Both groups did the same exercises and the same number of sets, with one key difference

However, the researchers found no significant differences in terms of strength or size gains between the two groups

In other words, both the “low soreness” and “high soreness” training programs increased muscle mass and strength similarly.

Iodine and Your Immune System

Depression and the HPA Axis

9 Reasons Why You Are Vitamin D Deficient Scroll to top