You are here: Home1 / All Articles2 / Keto Course3 / Does Protein Get Turned into Fat?

Does Protein Get Turned into Fat?

More specifically, you want help with Does Protein Get Turned into Fat??

This Post Was All About Does Protein Get Turned into Fat?. 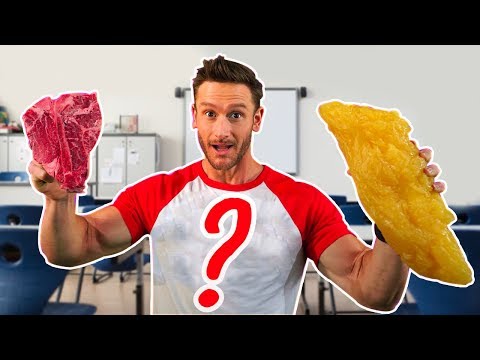 Does Protein Get Turned into Fat? – Thomas DeLauer

More specifically, it looked at whether the level of dietary protein affected body composition, weight gain, and/or energy expenditure in subjects randomized to one of three hypercaloric diets: low protein (5%), normal protein (15%), or high protein (25%)

A single-blind, randomized controlled trial of 25 US healthy, weight-stable male and female volunteers, aged 18 to 35 years with a body mass index between 19 and 30.

The first participant was admitted to the inpatient metabolic unit in June 2005 and the last in October 2007.

After consuming a weight-stabilizing diet for 13 to 25 days, participants were randomized to diets containing 5% of energy from protein (low protein), 15% (normal protein), or 25% (high protein), which they were overfed during the last 8 weeks of their 10- to 12-week stay in the inpatient metabolic unit.

Body fat increased similarly in all 3 protein diet groups and represented 50% to more than 90% of the excess stored calories.

There are two types of amino acid carbon skeletons:

– Glucogenic amino acids have a carbon skeleton that can be metabolically converted to pyruvate or an intermediate of the citric acid cycle. These amino acids can be used to make glucose.

– Ketogenic amino acids have a carbon skeleton that can be metabolically converted to acetyl CoA or acetoacetyl CoA. They cannot be converted into glucose, but can be used to make ketone bodies and fatty acids.

Number ONE Cause of Chronic Fatigue: 50 Years or Older

What to Eat After Gallbladder Removal?

How to Trigger the Vagus Nerve

Why Women Live Longer than Men