You are here: Home1 / All Articles2 / Keto Course3 / Does MCT Oil Help You Burn Fat

More specifically, you want help with Does MCT Oil Help You Burn Fat?

This Post Was All About Does MCT Oil Help You Burn Fat. 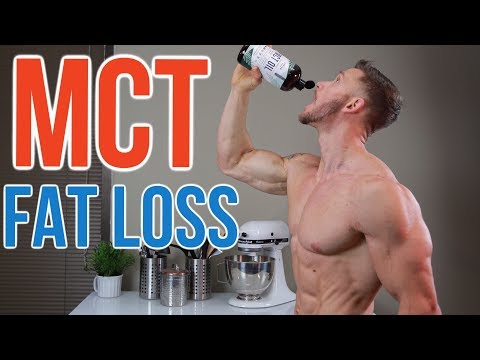 The “logic” behind this claim is that when you take MCTs, your body burns this dietary fat first instead of using your stored body fat for energy

Not only that, according to those who believe this theory, you’re also turning off the signal to produce your own ketones when you consume MCTs – but this is just not the case

This myth relies on the misconception that your body won’t burn fat until all your other food, drinks, or supplements have been digested first

If this were really true, you’d need to wait until your glucose levels dropped to zero before you’d be able to lose any weight – and also, you’d be dead

15 male rats were divided into two groups: one group was fed MCT diet, the other an isocaloric diet containing long chain triglyceride (LCT) in excess (150%) of spontaneous calorie intake

Both diets, fed for 6 wk, derived 50% of calories from fat. Basal and norepinephrine stimulated 02 consumption and CO2 production, as well as metabolic rate were measured

MCT rats gained 15% less weight than LCT controls and resting and maximal norepinephrine-stimulated 02 consumptions were 39.7 and 22.1% higher in MCT than in LCT group, respectively

Resting and norepinephrine-stimulated metabolic rates were 38.8 and 22.2% higher in MCT than LCT fed rats, respectively.

8 healthy young men had 24-hour energy expenditure (EE) and urinary catecholamines measured during their stay in a respiratory chamber on four separate occasions
These were randomised between four different combinations of medium-chain triglycerides (MCT) and long-chain triglycerides (LCT), a total 30g/day, which was consumed with their habitual diet in three equal parts (10g each) at breakfast, lunch, and dinner in the following ratio of MCT: LCT (g/g) 0:30, 5:25, 15:15 and 30:0

24-hour EE increased significantly with increasing MCT:LCT ratio, with the diet providing a total of 15-30 g MCT per day stimulating 24-hour EE by 5%

This corresponds to a mean absolute increase in daily EE of approximately 500kJ, with individual values varying between 268 kJ and 756 kJ

No significant differences were observed in respiratory quotient nor in urinary nitrogen losses across diets, but 24-h urinary noradrenaline was significantly increased, whereas adrenaline and dopamine were unaltered

Researchers concluded that relatively low-to-moderate intake of MCT (15-30 g per day) as part of habitual diet may play a role in the control of human body composition by enhancing daily EE, and that this effect is mediated at least in part through activation of the sympathetic nervous system

The Hidden Cause of Vitamin D Deficiency

What is Diatomaceous Earth?

Your Brain DOES NOT Need to Adapt to Ketosis

What is Vitamin B6? Deficiencies, Symptoms and Foods Scroll to top